Greek police discovered the body of a missing Chinese woman in Greece. The body was found inside a suitcase near the small town of Villia, west of Athens.
Police identified the victim as 38-year-old Qiu Yun Lin who had disappeared from her home on October 17 in the area of ​​Metaxourgeio, central Athens.
A coroner who performed a forensic examination on the body, which was was in advanced decay, on New Year’s eve did not identify any injuries.
A toxicological examination will determine whether the woman was forced to take a substance that may have caused her death.

In an official announcement Greek police said that after fingerprinting, the victim was identified as a 38-year-old Chinese national who was reported missing on October 17 at the Omonia Police station.”
“The body was found at noon on December 29 in a wooded area near Villia, Attica.”
Police sources believe that Qiu Yun Lin was murdered and shortly afterwards her body was put in the suitcase, which was thrown at the remote location at Villia.
According to other reports, the most likely cause of her death is suffocation. 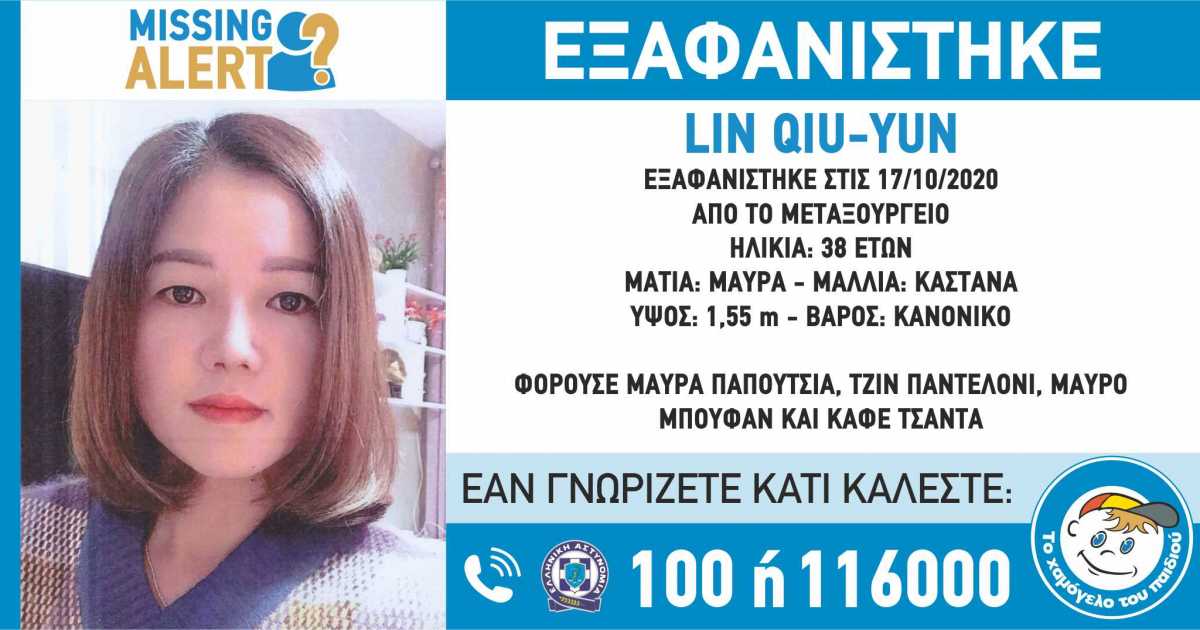 Shortly after the woman disappeared, on October 24, Greek organization, Smile of the Child (Hamogelo tou Paidiou), issued a missing alert to the media.
The organization published her photograph and personal details, following a request by her relatives who feared that her life was in danger.