The Parlapanides Brothers Discuss Success of “Blood of Zeus” 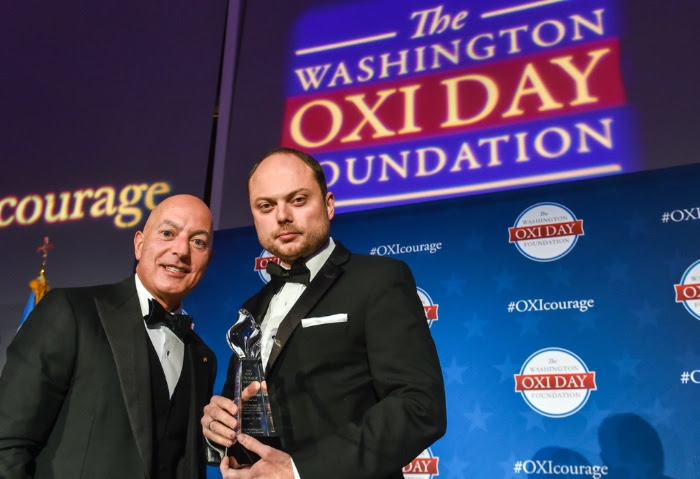 Executive producers Charley and Vlas Parlapanides recently spoke with Greek Reporter via Zoom to discuss the success of their Netflix series “Blood of Zeus,” and their experience working in animation.

Produced by Powerhouse Animation Studios, the series premiered on October 27, 2020 and received critical acclaim among fans and reviewers alike, garnering interest across a wide audience for telling an original story set in the world of Greek mythology.

“We originally had an idea to do an ‘American Horror Story’ type show, an anthology, where each season you’d spend ten episodes telling a story from traditional Greek mythology,” Charley Parlapanides explains when asked about the inspiration behind the series, adding “We wanted to start with Icarus and Daedalus.”

Referencing the Greek oral tradition, “Blood of Zeus” opens with a quote explaining how many stories “were never transcribed, and through the ages some were lost. This is one of those tales.” Vlas Parlapanides tells Greek Reporter how “A lot of people and critics have responded to that opening quote. I’m glad we kept it, because it piques interest.

“The beauty of that is it gives us an artistic license to take the story where we wanted it to go, while allowing us to keep the beloved gods and creatures that people love so much.”

The decision to create an original storyline was done out of necessity. “We’ve pitched the traditional Greek mythological tales, and even when executives or producers say they loved it, their eyes kind of glaze over once you start telling them these stories,” Charley explains.

The producers also wanted to explore different themes in “Blood of Zeus,” with one of those concepts being anger, through the lens of the series’ protagonist Heron. “He has every right to be angry,” Vlas explains while discussing the character, “but there’s the danger of allowing that to fester. If he’s not careful, it can end up destroying him. If he can let it go, which he ends up doing, he becomes the best version of himself.”

What makes “Blood of Zeus” stand out among its modern contemporaries is how it forgoes the anti-hero archetype in favor of a traditional protagonist. “We love the Joseph Campbell stories where you see the hero rise up,” Charley says.

“If this is going to be Heron’s journey, then the antagonist Seraphim has to be both a mirror of him and a sympathetic villain. So instead of ‘Breaking Bad,’ where your hero is bad but the villain is even worse, our hero is good. If he’s good, then we should at least be empathetic for the villain and understand where they’re coming from,” Charley elaborates, exploring more of the dynamic between their two original characters.

Inspired by various Greek myths, Charley and Vlas pointed out how they only tweaked a couple of details when creating the characters for the series, telling Greek Reporter how impressed they were by viewers who were able to identify these tales while watching “Blood of Zeus.”

“There was a thread of a bunch of Classics professors commenting on this on Twitter,” Charley recalls, adding how “One guy would say, ‘Oh, they pulled from this myth and this one.’ He even tried guessing where the story was going to go next.”

Wanting to tell the most compelling story possible, both directors expressed the importance of leaving people with a good message. “As long as the sentiment is earned, and not contrived nor preachy, I’m all for doing it,” Vlas says.

“Blood of Zeus,” saw immense success according to all the numbers, doing well in countries Netflix never expected – ranking Number 1 throughout Nigeria and Number 2 in India for one week.

Charley explains its attraction by saying “We just speak to the power of our cultural inheritance, and how proud we are to be Greek.” Both producers cited audience’s openness in watching animation as one of the more significant factors behind the series’ popularity.

The brothers gave credit for the artistic direction to Powerhouse Animations Studios, while also complimenting the talented artists who worked on the series. “Our director, Shaunt Nigoghossian, did a brilliant job, and is one-fourth Greek by the way. When we sat down with him, one of the things we mentioned was that we wanted the show to have an epic and cinematic feel,” Vlas explains to Greek Reporter.

“He had those reaction shots that (Steven) Spielberg always talks about, where you want to keep the camera on the actor, or in this case the animated character. You see the thought process, the emotion on their face, and you’re drawn to those characters by milking these moments. This is atypical from traditional anime,” the producer further adds about the cinematics.

Going into more detail, Charley and Vlas explain how attention was given to the composition, music, and individual moments in “Blood of Zeus.” “It always comes back to the passion and work ethic. We were very lucky that people love Greek mythology. There were artists that left bigger studios like Warner Brothers and DreamWorks to come work on this,” the former reveals.

Another huge component was research, with Charley recounting one moment when “I sent Jesse Piles, who designed the backgrounds, pictures of the βρύση at my πεθερός’s village, as possibilities for the fountain featured in the first episode. But Jessie took that, and did even more research, actually showing us examples of how plumbing would work in Ancient Greece.”

Reflecting on their own experiences, both brothers expressed the importance of constantly developing new ideas, attributing a comfortable workplace, a strong team of creators, and the ability to freely share ideas as reasons why “Blood of Zeus” was successful.

When asked about continuing with animation, both brothers expressed their enthusiasm, with Vlas relating “It was incredibly rewarding to do it on a creative and professional level,” adding “We really feel like it’s a prayer answered. We’ve loved working in animation, and we hope to work in it more.”

In early December, Netflix announced that “Blood of Zeus” was renewed for Season 2, leaving fans excited as to what new journey awaits the protagonist Heron, and the other cast of heroes.