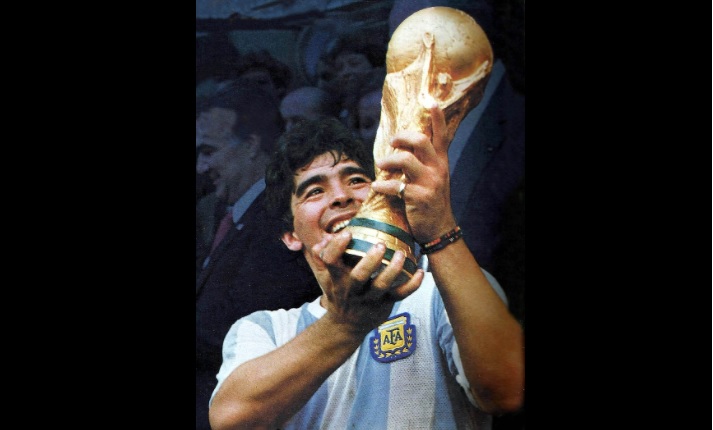 Football legend Diego Maradona, who passed away on Wednesday making the whole world mourn, had “joined” Greece’s Olympiacos twice.
Even if it was only for a few hours, the greatest football player in the world for many donned the red and white jersey and kicked the ball at Georgios Karaiskakis stadium in front of thousands of ecstatic Olympiacos fans.
Maradona’s first appearance at the Olympiacos stadium took place on January 16, 2005. The “magician”, as many called him, appeared on the grass at Karaiskakis and did his tricks to a standing ovation, while at the ame time he became an honorary member of the team.
The “magician” took the microphone and, stirring up the audience, shouted: “Long live Greece, long live Olympiacos” with the fans reciprocating, chanting: “Maradona, you drive us crazy with the red jersey”.
This was the first time that the Argentinian superstar set foot in Greece after Napoli’s match against PAOK in 1988 for the UEFA Cup.
Maradona also visited Piraeus in 2006 as a honorary member for the fiesta organized by Olympiacos for winning the 2005-2006 championship. It was May 12 of that year, when the football legend kickstarted the fiesta of the red and