GRNews
GreekReporter.comBusinessGreece in Talks With London-Based Banks for Relocation to Athens

Greece in Talks With London-Based Banks for Relocation to Athens 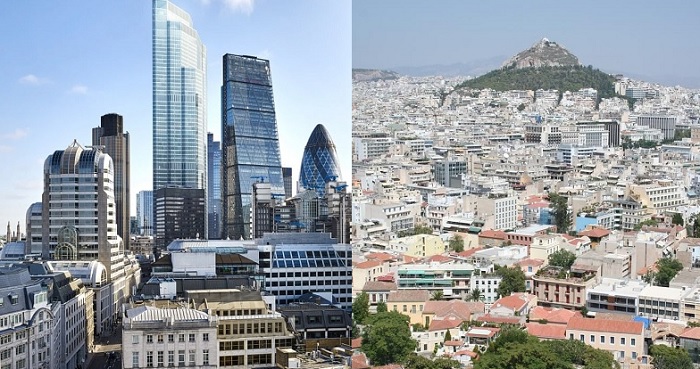 The Greek government revealed on Friday that it is in discussions with three London-based banks regarding their possible relocation to Athens following the official exit of the UK from the European Union in January.
Speaking to Bloomberg TV, Alex Patelis, chief economic adviser to PM Kyriakos Mitsotakis said that Brexit presents an opportunity for Greece.
“There’s also an opportunity with Brexit. We are in advanced conversations with three members from the City, who are looking to diversify out of London as Brexit comes into play, in the beginning of next year,” Patelis said.
“Now the negotiations are mostly focusing on goods and on fisheries and we have a large pie that’s going to be services, and we would like to be able to grab a share of that pie,” Patelis said.
The adviser to PM Mitsotakis also referred to government plans to introduce tax incentives for those who relocate to Greece.
“Half of their income will be free of income tax, that’s 50% of income… for any job and that will be for up to seven years,” he said.
“We are very excited about these opportunities,” he said.
Patelis said the expansion of remote working due to the coronavirus pandemic favored the relocation of corporate officials and freelance professionals.
“Technology advances… Many of us can now choose where we live and work. And so what we say is that Greece has the sun. We’ve been blessed with natural beauties so we want to attract more people,” he said.
“We now have low taxes, we’re improving on the technology,” he said.