GRNews
GreekReporter.comGreeceThessaloniki Becomes the Epicenter of the Covid Pandemic in Greece

Thessaloniki Becomes the Epicenter of the Covid Pandemic in Greece 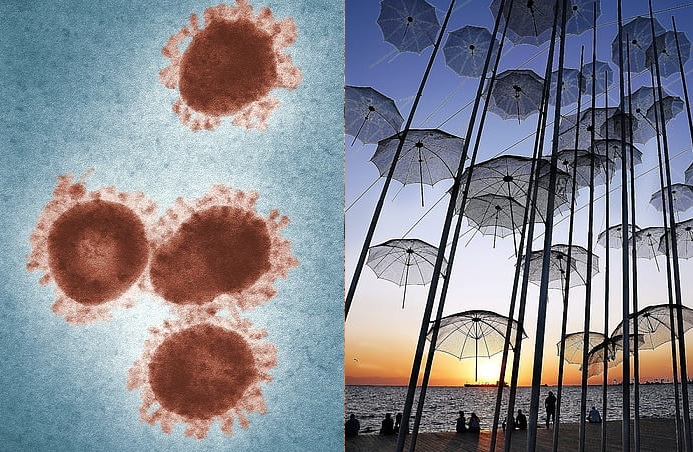 Health officials were dispatched to Thessaloniki on Wednesday to coordinate efforts to stem the spread of the coronavirus as Greece’s second largest city has become the epicenter of the second wave sweeping Greece since August.
According to the Greek Health Minister, Vasilis Kikilas, almost one in three of people tested in the city have been diagnosed with Covid- 19.
“The spread of the virus in Thessaloniki is huge,” the Minister said, as doctors warn that hospitals dealing with cases are rapidly running out of ICU beds and the numbers of health care workers who are sick or have been quarantined is rising rapidly.
“The time has come for the big battle” regarding the national health system, said Kikilias, who urged the public to be extra careful so as not to further burden the already-stressed system.
Out of the 2,384 cases announced nationwide on Tuesday, 652 were detected in Thessaloniki. Out of a total of 732 hospital admissions of Covid patients throughout the country in the last two days, 260 were to Thessaloniki hospitals.
Scientists and the officials of the Ministry of Health are anxiously monitoring the situation not only in order to control the spread but also to prevent a similar situation developing in Athens.
The Ministry of Health announced that 50 ICU beds in the cardiac surgery, neurosurgery and vascular surgery clinics of Thessaloniki hospitals will be adapted to care for Covid-19 patients, bringing the total to 168.
It has also developed an airlift plan from the hospitals in Thessaloniki to those in Attica, if it becomes necessary.