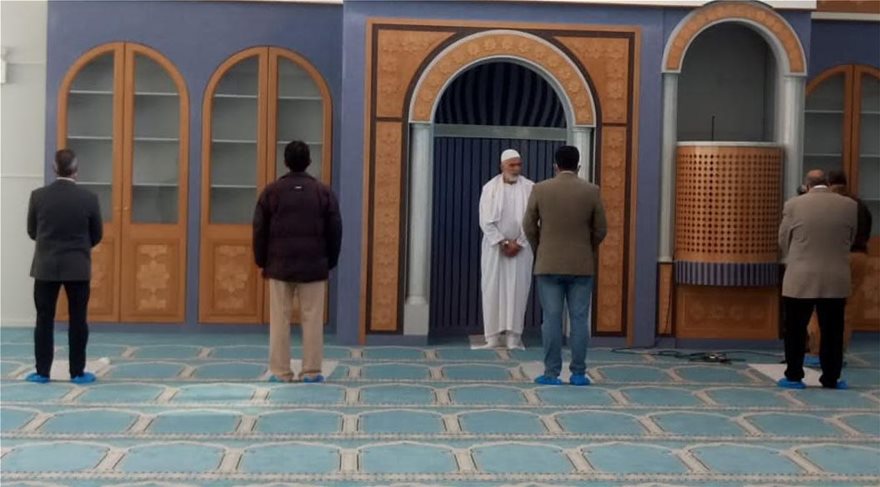 After a fourteen-year wait, the first ever-official mosque began operating in Athens on Monday, welcoming Muslims for prayer.
“A long effort by successive governments since 2006, when Law 3512 was passed, has been completed. Greece sends a clear message inside and outside the country, of democracy, religious freedom and respect,” said General Secretary of Religions Giorgos Kalantzis.
Prayers were held at the mosque, located at 144 Iera Odos in the Votanikos district, in strict adherence to social distancing rules and other safety measures enforced across Greece to contain the spread of the coronavirus.
Sidi Mohammed Zaki, a 49-year-old Moroccan Greek, is the mosque’s imam. The 49-year-old is fluent in Greek, Arabic and French, and has degrees in physical mathematics and Muslim studies.
Fourteen-year delay
Legislation allowing for the construction of the mosque was passed in 2006 under Minister Marietta Giannakou and was regarded as a remarkable event in light of developments in Europe at the time.
As soon as she left the helm of the Ministry for Education and Religious Affairs, however, the project stalled.
Three years later, Deputy Prime Minister Theodoros Pangalos and Education Minister Anna Diamantopoulou revived the project – but the site where it was to be built had not even been transferred from the Hellenic Navy to the Greek state yet.
From that time and until June 2019, Parliament voted on seven legislative acts concerning the mosque, six of which related to zoning issues. The acts all passed with large majorities in the House as the project had the support of all parties, except those on the far-right.