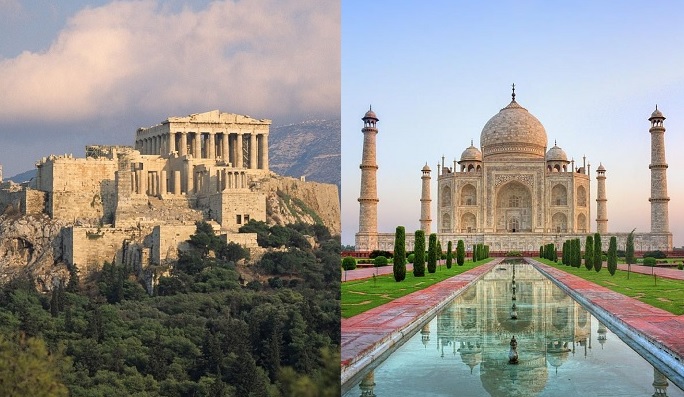 Greece’s Foreign Minister and his Indian counterpart discussed ways to strengthen diplomatic and military relations between the two countries in a video conference on Thursday.
Nikos Dendias briefed Indian FM Subrahmanyam Jaishankar on Greece’s commitment to resolving tensions in the Eastern Mediterranean in the context of international law.

The Indian Minister emphasized that his country considers the UN Convention on the Law of the Sea as the basis for resolving such disputes, referring to a maritime disagreement between his country and Bangladesh which was settled in the context of international arbitration.
The two ministers also discussed strengthening cooperation in the defense sector, and especially in the realm of technology.
Diplomatic sources pointed out that strengthening ties with India is important, given that India’s neighboring country of Pakistan is now conducting joint naval drills with Turkey.
The meeting, they said, is part of Greece’s relations-building effort with rising powers in the world such as India, which has been voted a non-permanent member of the UN Security Council.

A very warm virtual meeting with FM @NikosDendias of Greece. Discussed building on our historical friendship through enhanced cooperation in commerce, technology and culture. The agenda covered our respective regional situations. Will work closely in the multilateral domain. pic.twitter.com/v1C0GROI7N

The Indian Ministry of External Affairs (MEA) said Jaishankar and Dendias also discussed a wide range of regional and multilateral issues especially in the context of India’s upcoming membership of the UN Security Council.
“Both leaders undertook a detailed review of bilateral ties, underpinned by long-standing historical and friendly relations, as well as commonality of views on major international issues of the day,” it said.
“The two Ministers welcomed the recent high level exchanges and agreed to strengthen cooperation in all areas, especially in commerce, technology and culture,” the MEA said.
The political climate between the two countries is excellent, with relations being multifaceted, harmonious and warm, as the two peoples are linked by close ties of friendship and mutual cooperation, and represent ancient cultures, the Greek Ministry of Foreign Affairs stated.
It noted that Greek-Indian cultural relations date back some 3,000 years. Today, they include numerous events, including film festivals, book launchings, recitals, theatrical performances and exhibitions, while there are also a significant number of Associations and Unions in Greece and India that are active socially and culturally.
Related: What Did India Learn from the Ancient Greeks?