Turkey recently announced that the ancient Greek Orthodox Chora Monastery, located in Istanbul, which was converted into a mosque in August, will open for Muslim prayers on October 30.

Chora’s priceless artwork, including frescoes and mosaics, have been covered up for Friday’s inauguration which, according to reports, will be attended by Turkish President Recep Tayyip Erdogan.

After 72 years of serving a non religious use, the ancient monastery, along with the glorious cathedral of Hagia Sophia, will now be the site of Muslim prayers, according to a statement from imam Ali Erbas, in which he called the monastery the  “Carrie Mosque.”

The prayers were announced on Twitter by the imam, who serves as head of the Diyanet Foundation, the name used for the Turkish Muslim religious authority.

The Tweet ends with the words “Good luck to our nation and to the whole Muslim world.”

The Monastery of Chora, a Greek Orthodox Christian monastery in Constantinople, was converted by the Ottomans into a mosque in the 16th century.

The monastery, which houses priceless mosaics, was turned into a museum in 1958.

The building was one of the first Christian sites to be pillaged by Ottoman forces when they conquered Istanbul in 1453.

Reports at the time said that the invading troops intentionally destroyed the Byzantine icon of the Virgin Hodegetria.

The monastery became a mosque sometime before 1511, during the reign of Bayezid II. Its belfry was removed and a minaret took its place thereafter. Chora Monastery’s priceless artwork, including frescoes and mosaics, were mostly plastered over in the 1600s and 1700s. 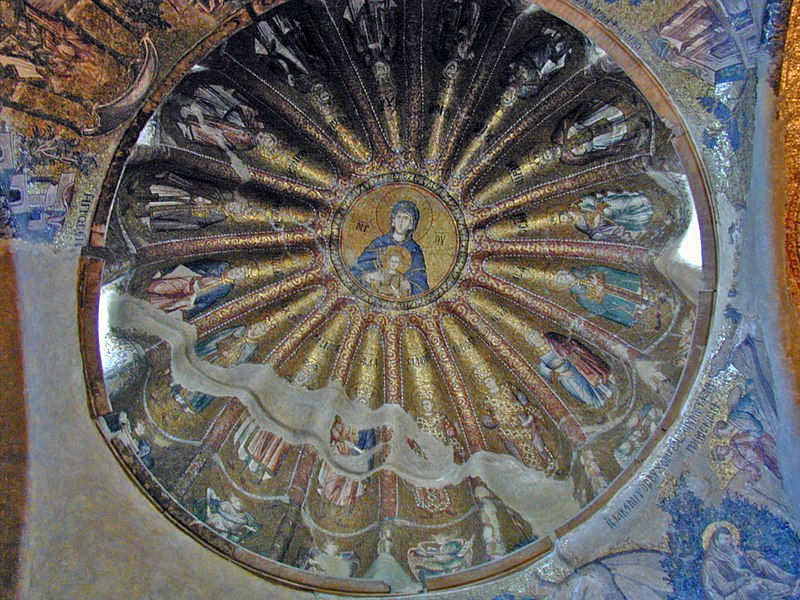 Now, the Turkish government has placed removable fabric panels over what remains of the frescoes, making the monastery look as if it has modern dropped ceiling panels.

Following a decision of the Turkish Supreme Court in 2019 and the issuance of a declaration in the country’s Official Gazette on August 21, 2020, Chora was converted back into a mosque.

The decision received little press in 2019, but later was seen as a possible trial balloon floated by the Turkish government for the conversion of Hagia Sophia into a mosque, which aroused the indignation of countries around the globe.