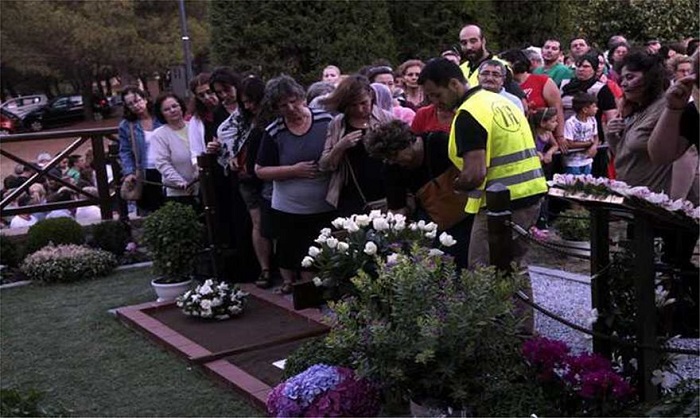 Thousands of worshippers defied the Covid-19 scare to travel to Thessaloniki over the weekend in order to pay their respects to Greek Orthodox Saint Paisios, whose tomb is located at the Monastery of Saint John the Theologian.
Elder Paisios was canonized on January 13, 2015 by the Holy Synod of the Ecumenical Patriarchate, 21 years after his death in 1994, despite the fact that, according to Orthodox Church rules, a person should not be canonized until 70 years after their death. 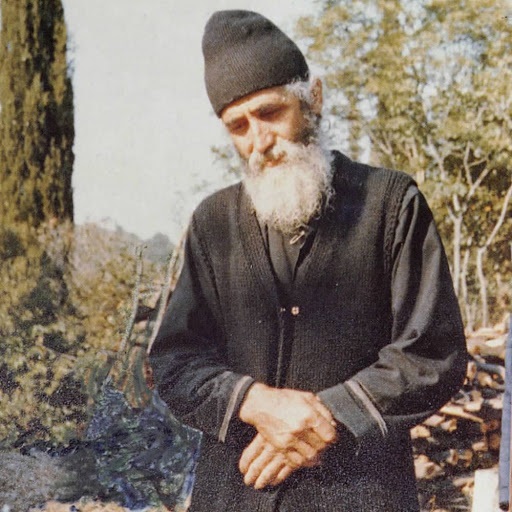 The church commemorates his feast day on July 12. 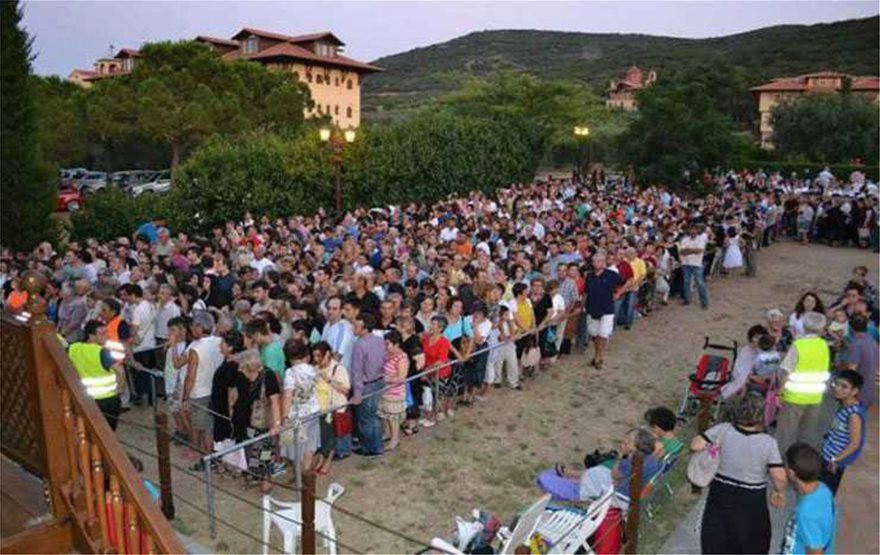 St. Paisios was respected for his spiritual guidance and ascetic life and many people worldwide had already venerated him, especially in Greece and in Russia, even before his death.
A number of controversial political statements and prophecies have been credited to St. Paisios. These include the prediction that a war between Turkey and Russia will lead to a restoration of a Greater Greece, including Albania, FYROM, and Byzantium (Istanbul), and the mass conversion of Turks from Islam to Orthodox Christianity. 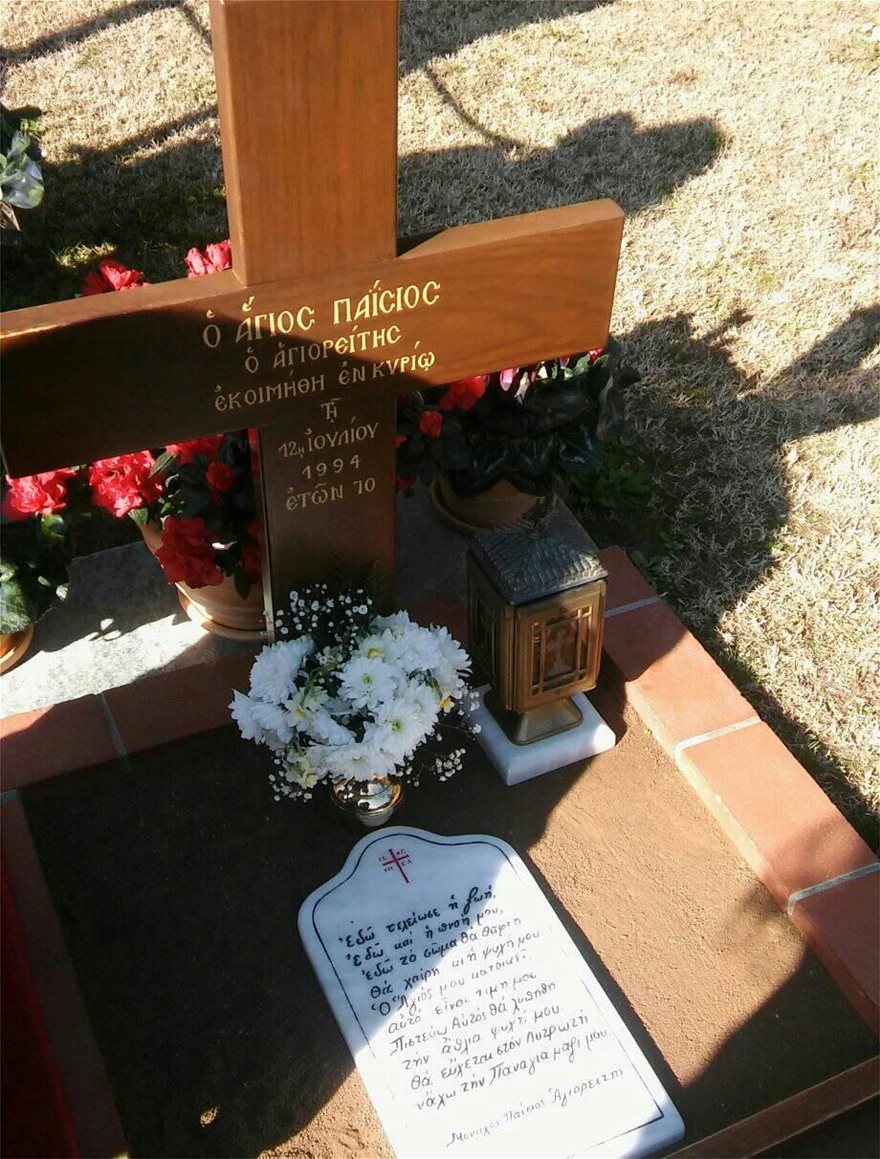 On September 21, 2012, a Greek citizen was arrested on charges of malicious blasphemy and offense of religion for the creation of a satirical Facebook page called “Elder Pastitsios the Pastafarian.” The page, which has since been taken down, satirized the commercial exploitation of Paisios’s legacy.
Saint Paisios the Athonite was born Arsenios Eznepidis in July 1924, in Farasa, Cappadocia. He went to Mount Athos to become a monk in 1949, right after his discharge from the Army. He stayed for one night at the Monastery of Saint John the Theologian in Karyes and then resided in the hermitage of Saint Panteleimon, in the cell of the Virgin Mary, where he met father Cyril, the abbot of the monastery, whom he followed faithfully.
After spending time in various retreats of Mount Athos and Sinai, he moved to Koutloumousio Monastery until he became seriously ill and passed away in the summer of 1994.
He wrote four books, published by the Holy Monastery Saint John the Theologian: “Saint Arsenios the Cappadocian” (1991), “Elder Hadji-Georgis the Athonite, 1809-1886” (1986), “Athonite Fathers and Athonite Matters” (1993) and “Letters” (1994).