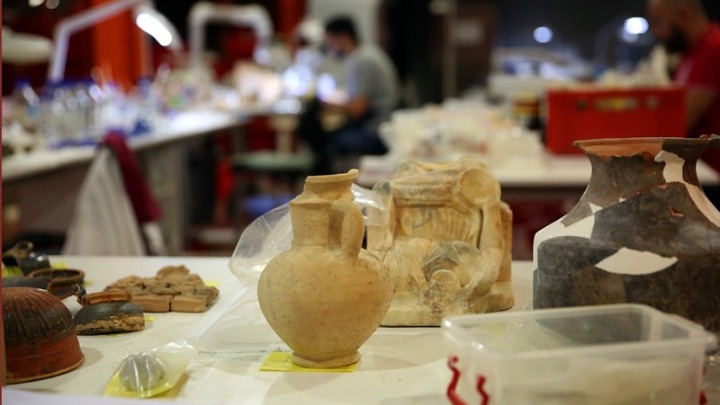 Greek archaeologists unearthed an ancient aqueduct and thousands of objects and artifacts dating from Hellenistic and Roman times during the excavations for the expansion of the Athens metro line to Pireaus.
Some of the artifacts will frame the permanent exhibition that will be set up in the metro station called “Municipal Theater” in Piraeus, which is currently under construction.
The exhibition will include, in addition to ancient objects, representations of ancient tanks and wells, a model copy of the aqueduct, as well as an authentic pebble floor from the classical / Hellenistic era that was found during the excavations. 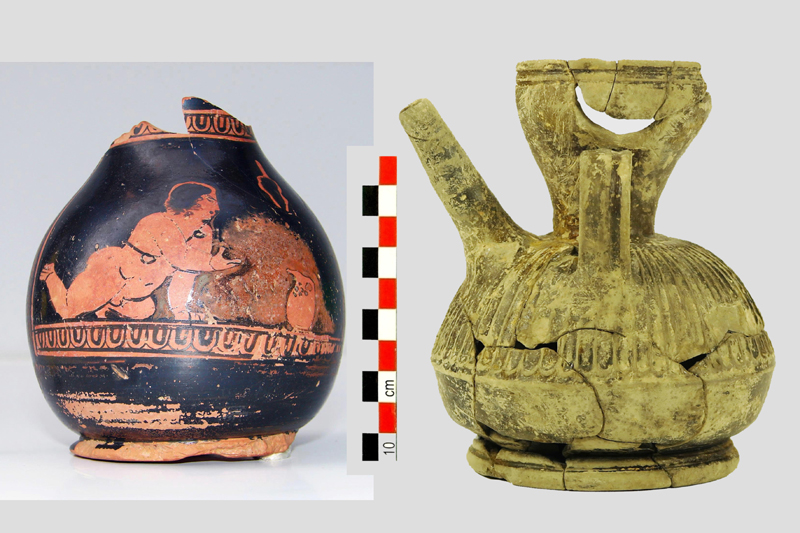 “There is a large volume of ancient material, precisely because the excavation was the largest ever conducted in Piraeus,” archaeologist George Peppas told Athens-Macedonia News Agency (AMNA).
He said that the largest excavation was at the Municipal Theater station, where parts of ancient buildings were uncovered as well as a water supply system. “The uncovering of the aqueduct is very important, Peppas says. 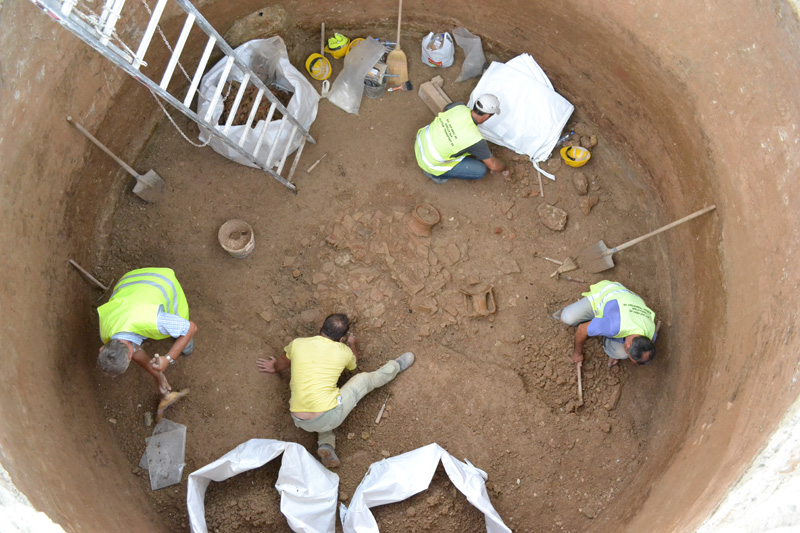 “By excavating 55 meters (180 feet)of its central tunnel at the ‘Municipal Theater’ station, we were able to make a timeline of its operation; that is, from its construction, which must have taken place in the years of Hadrian, to its abandonment during the Gothic invasions. We believe that the water came from Athens through the Long Walls and specifically from the hill of Ardittos,” he adds.
Thousands of other ancient artifacts and objects were also uncovered during the excavations. “We now have the largest collection in Greece of wooden objects that come from houses, not only items of household appliances, furniture, utensils, and tools, but also organic material, such as fruits, wood and tree branches,” says Peppas. 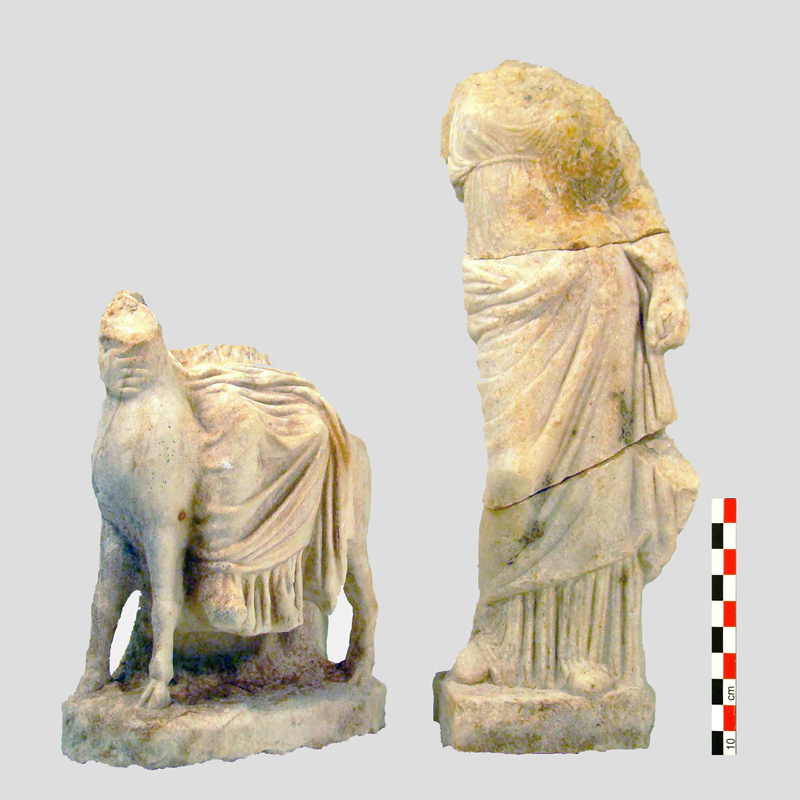 But one artifact stands above all others: A headless statue from the Hellenistic period, which was discovered at the bottom of an ancient well.
“We have proved that the technical construction work of the Metro can be harmoniously combined and give impressive results simultaneously with the archaeological excavation,” Evangelos Kolovos from Attiko Metro, director of the project for the extension of the metro line to Piraeus, told AMNA.
The artifacts discovered have been temporarily moved to a Piraeus workshop, called Xylapothiki, where archaeologists work to identify and classify them. Visitors can visit Xylapothiki and get an insight into the fascinating work being done there. 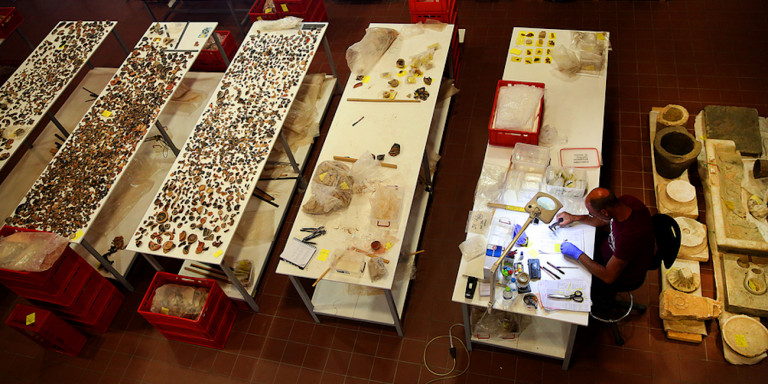 “It is a unique example in Greece of an exhibition that works in parallel with an open maintenance workshop. The visitor can watch the work from the lofts every day during the hours we work,” Peppas told AMNA.