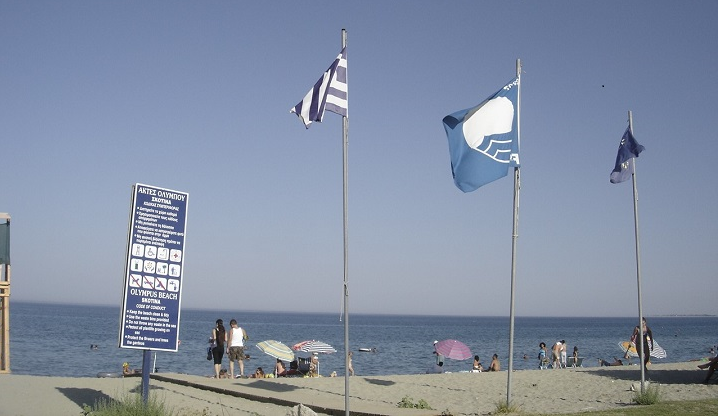 The Foundation for Environmental Education has awarded its prestigious “Blue Flag” to over 500 Greek beaches, giving the country the distinction of being ranked second out of 47 countries worldwide for its strong environmental and accessibility standards.
According to the Hellenic Society for the Protection of Nature, this recognition was extended to a total of 497 Greek beaches, 14 marinas and six tourists boats for this year, signifying the overall high standards of its recreational areas and tourist facilities.
While Spain currently holds the title for having the most prestigious Blue Flags awarded to its beaches, Greece has still received very significant recognition for its strong initiative in preserving its coastline while making it accessible to all.
The region of Halkidiki remains the area in Greece with the most Blue Flags, being awarded a total of 94. Other regions, including Attica, however, have their own hidden gems and topnotch beaches, with the region around the capital earning a total of 19 Blue Flags for its beaches.
Combining both the necessary accessibility infrastructure and pure, pristine waters, these shores are visited by both natives and tourists alike. The fortunate residents of Athens and travelers staying right in the big city do not have to travel far in order to find a lovely beach certified with the coveted Blue Flag.
The beaches sporting Blue Flags include those in municipalities such as Marathon, Mesogaia, Sparta-Artemis, Saronikos, the island of Poros, Glyfada, Aegina and Vari-Voula-Vouliagmeni.
A comprehensive list of all the beaches in Greece which have been awarded the Blue Flag can be found here.