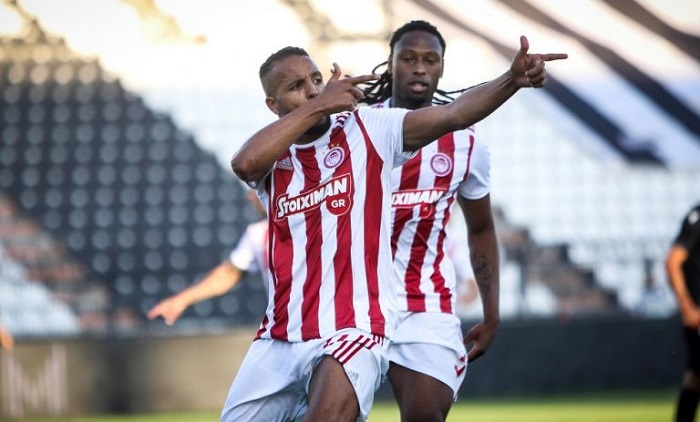 Olympiacos closed in on a 45th Greek league title on Sunday with a 1-0 win at closest rivals PAOK Salonika.
As the Greek Super League emerged from a three-month coronavirus shutdown, Olympiacos opened up a 17-point lead with nine games left.
Moroccan striker Youssef El Arabi scored the only goal of the game in the 23rd minute after being set up by French teammate Mathieu Valbuena.


Later on Sunday AEK and Panathinaikos shared a 1-1 draw at the Athens derby.
Federico Macheda opened the score for Panathinaikos on the 65th and 10 minutes later Marko Livaja equalized for the host.

Before kick-off both sets of players went down on one knee in honor of George Floyd, the African American who was allegedly victim of police violence in the US.
In the other match for the playoffs, Aris came from behind to beat OFI 3-1 at home on Saturday.
Olympiakos is on 69 points, PAOK and AEK are on 52, Panathinaikos has 45, Aris 37 and OFI 34.