Anna Bulgari, Heiress of the Iconic Luxury Brand, Dies at 93 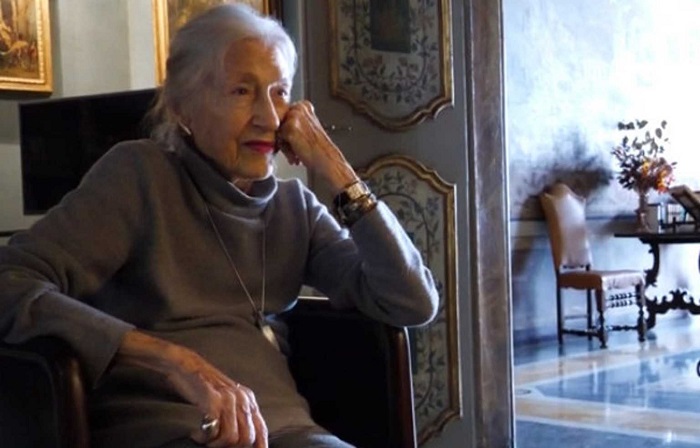 Anna Bulgari Calissoni, heiress to the Italian jewelry dynasty Bvlgari, the iconic luxury brand, has passed away at the age of 93.
The heiress died on Friday; however a spokesman of the family announced her death only on Sunday.
She made it to headlines worldwide in 1983 when she and her teenage son were kidnapped by a gang of criminals in Aprilia, south of Rome.
Calissoni was the granddaughter of Sotiris Vulgaris, the founder of the Bvlgari dynasty.
Even in her old age, she continued to visit Paramythia, the village of her grandfather in Epirus, western Greece, notes local media paramythiaonline.
The heiress would come incognito, enjoy Paramythia and the waters if the Ionian Sea, and she would never miss an opportunity to speak about and praise the place from which her grandfather started his jewelry empire.
With hundreds of mega-stores, hotels and resort destinations around the globe, its holdings today bear no resemblance to the brand’s humble beginnings.
After all, not many would have imagined that the small jewelry shop a hard-working Greek silversmith named Sotirios Voulgaris founded in Rome back in 1884, would end up being one of the most recognized international brands worldwide.


The “father” of the high fashion brand was born in March 1857 in the Greek region of Epirus, and was one of eleven children of his father Georgios Voulgaris and his mother Eleni Stronggaris. In 1880, Sotirios moved to Italy for a better future with only a few cents in his pocket.
His talent and passion working with valuable metals and stones earned him a few profitable jobs before he opened his own jewelry shop in 1884.
Related: Meet the Greek Jeweler that Created the Bulgari Fashion Empire
The international communications director of Bulgari, Stephan Stenghen, reminded the public of the luxury brand’s Greek heritage and the Greek legacy of its founder Sotirios Voulgaris, when he talked exclusively to Greek Reporter in 2017.

Joe Biden Falls Off a Bike Near his Delaware Home