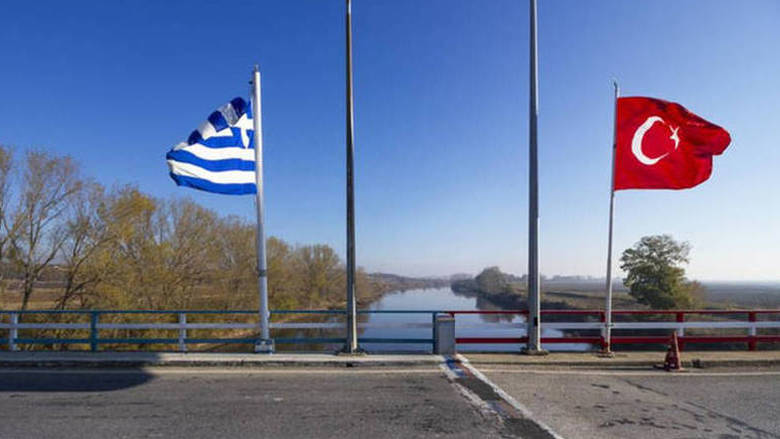 Athens has lodged a demarche with Ankara on Friday over the incursion of Turkish forces into a piece of Greek territory at the border on Evros river.
Foreign Minister Nikos Dendias said that Greece has issued a protest note to the Turkish ambassador in Athens and the Turkish foreign ministry in Ankara in response to the incursion in a section of Greek territory in the southern Evros border region called Melissokomeio, near the village of Ferres.
Earlier in the month a group of Turkish soldiers marched and occupied the small piece of land. According to local media, the Turkish presence are 15 men, five members of the military police and ten from the army. They set up a tent, hanged a small Turkish flag on a tree and change shifts. They have rejected Greek demands to leave the area.
Athens has sought to play down the incident saying that the dispute at Melissokomeio is not new and has arisen because the riverbed of Evros has moved and in its place now is a swamp, which dries up in summer and floods in winter, creating an islet there. Turkey has exploited the change in the riverbed’s location to claim an area of ​​about 1.6 hectares.
Dendias did not mention the word “occupation” when he spoke about the incursion. He said instead that he was not about to create tension for “a few dozens meters” of land.
“I don’t like to create tension between two countries that are allies. There could be measurements and a joint committee to solve such issues. We speak of a few dozens of meters,” he said and added:
“I hope we reach an understanding. There is a matter of a dispute of the exact border, due to changes in the river’s banks. […]. I don’t like to create tensions between the two countries, which are allies. […] The appropriate measurements can be made and these things can be resolved in a joint committee. We’re talking about a few dozen meters,” Dendias told state broadcaster ERA FM on May 20.