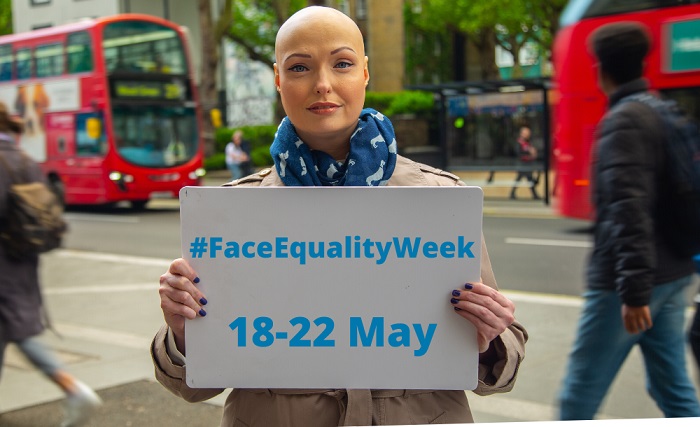 “Face Equality Day,” marked annually on May 19, highlights the stigma attached to millions of people around the world toward those born with facial differences and serves as a reminder that everyone should be treated fairly, no matter what they look like.
Face Equality International is an alliance of Non-Governmental Organizations (NGOs), charities and support groups which are working on the national, regional and international levels to promote the campaign for nondiscrimination on the basis of looks, or “face equality.”
Christian J. Hadjipateras is among those who can speak from personal experience. Now in his 30’s, he was born with severe craniofacial anomalies, including craniosynostosis, a bilateral cleft lip/palate, and hypertelorism.
Hadjipateras says that in the early 1980’s support groups for these kinds of issues were virtually non-existent. “My parents, still only in their late 20s when I was born, had no real support. My mother still remembers walking me down the high street and the looks people would give when they saw me. Even when I was a few years older, there were comments from tactless adults, never mind children.”
And this, he says, was in London — a huge, cosmopolitan city where one would expect a society that is generally educated and sensitive to this type of problem.


“While I can’t say I was fortunate to have undergone 50+ surgeries in my life, I was nevertheless extremely lucky to have had parents who left no stone unturned in getting the best care for me and a sister who was a rock by my side during my difficult years of adolescence,” Hadjipateras recalls.
His twenties proved to be a real learning curve for him. “I always felt that because I essentially spent most of my childhood in hospitals that I was playing catch up — and so in a sense, looking back, I feel that I in some ways lived my teenage years in my 20s.”
Hadjipateras says that only in his mid-20s did he feel happy within himself. “During my teenage years and into my 20s, I opened up very little to anyone about my fears for the future and whether I’d ever get to where I wanted to be. My lack of confidence, especially in social situations, took its toll on me at times.”
He says it is important to open up to others. “For those of us who have been stared at, it isn’t easy. Personally, this happens rarely compared to when I was growing up, but now and then I still get those eyes darting at me if I’m walking down the street, or at a bar or restaurant.”
“If it goes on to the point where I’m irritated, initiating a staring competition usually does the trick. When it comes to children though, they might stare out of their innocent curiosity and I always find that smiling at them results in a smile back from them, which is always a feel-good action.
“We all have our different ways of responding, but I like to believe that in today’s world things are better for us with facial differences, Hadjipateras told interviewers.
These days, he is living in Greece and trying to forge a screenwriting career. He now calls on the public to take notice of those who are born with craniofacial problems and to support the Children’s Craniofacial Association (CCA), something he calls “an inspiring organization,” which he is very much looking forward to working with in the near future.