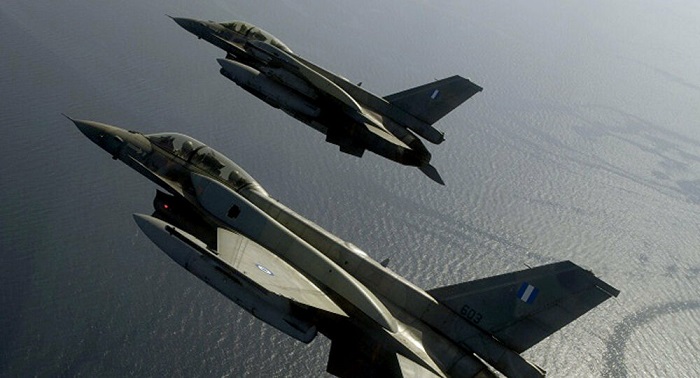 A video showing Greek fighter jets intercepting two Turkish F-16’s which had violated the country’s airspace over the Aegean was leaked to the media on Tuesday.
The incident, filmed from the cockpit of a Hellenic Air Force Mirage jet, was apparently shot over central Aegean on Sunday.
The Greek pilot, who is tailing a Turkish F-16, is heard saying through his microphone “I’ve got him,” implying that he has locked the plane on target. A second Greek pilot is heard saying “another one arrived.” 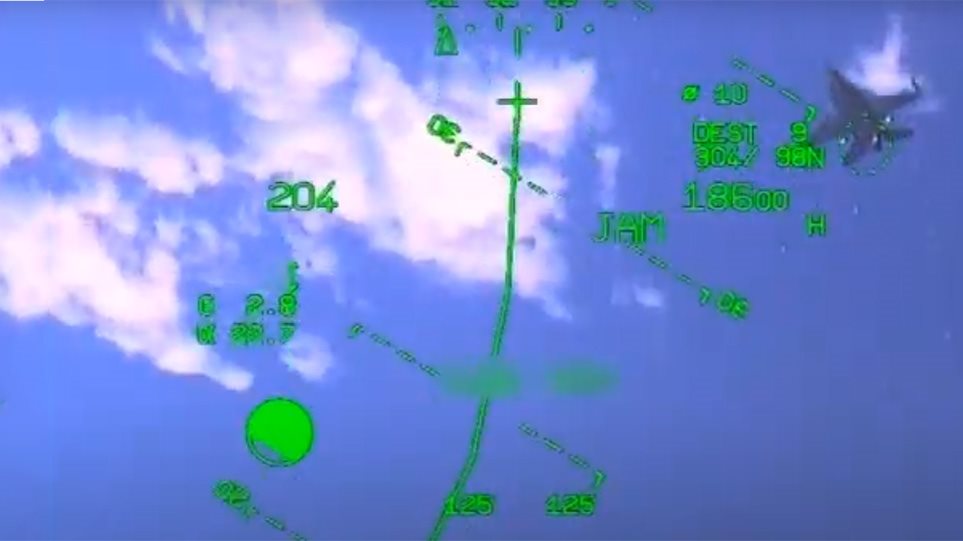 The Turkish jets, which were maneuvering evade their chasers, eventually turned east and flew out of Greek airspace.
The incident occurred on the same day that a separate set of Turkish jets harassed the helicopter carrying Greek Defense Minister Nikolaos Panagiotopoulos and the Chief of the National Defense General Staff, General Konstantinos Floros.
On Tuesday, a pair of Turkish fighter jets conducted an unauthorized flight over the eastern Aegean island chain of Oinousses. That particular violation of Greece’s airspace, which was recorded at 10.27 a.m.,comes on top of a recent spate of such breaches.


The number of Turkey’s violations of Greek airspace sharply increased in 2019, according to a recent report by the Hellenic National Defense General Staff.
“The number of violations of Greek national airspace by Turkish military aircraft reached 4,811 in 2019, the largest number in one calendar year since 1987. There were 384 mock dogfights between Greek and Turkish fighter jets last year, while there were only 13 such fights in 2010,” the report said.