TechNews
GreekReporter.com Greece Central, Northern Parts of Greece Under Another Blanket of Snow in Late...

Central, Northern Parts of Greece Under Another Blanket of Snow in Late April 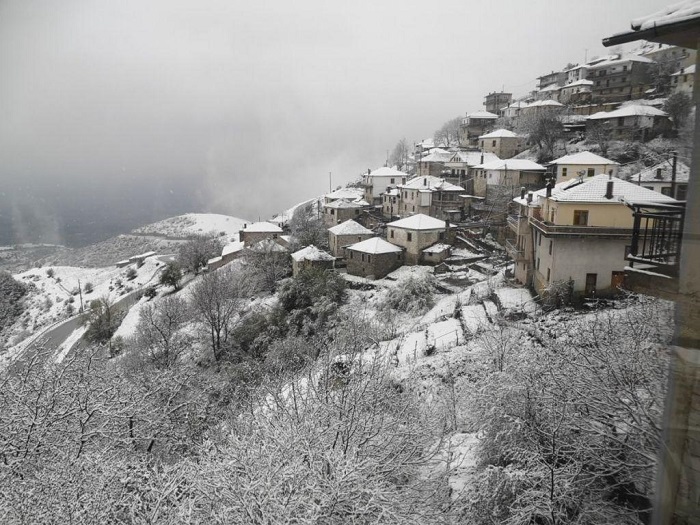 Several parts of central and northern Greece were covered by a thick layer of snow on Thursday as an unseasonable cold snap dealt another blow to the country.
Social media users are posting photos of mountain villages near Kastoria, Larissa, Trikala, Karditsa and Ioannina which are much more reminiscent of winter than late spring.
In the prefecture of Ioannina, the snow in some parts has reached 15 cm (6 inches) while temperatures have dropped below zero (32 degrees Fahrenheit).
In the high-altitude areas of Karditsa and Trikala prefectures, local authorities have been forced to use snow plows to clear the roadways.

The following is from the village of Nestorio, near Kastoria.

The village of Livadi, near Elassona. 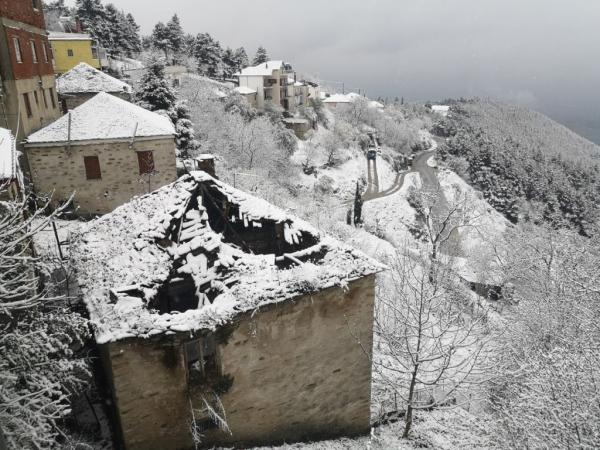 The low pressure system has hit North and Central Greece with drops in temperatures, snowfall and rainstorms along with powerful north winds, while the South of the country is recording high temperature and Sahara dust and sand in the air due to strong southerly winds.
This is could be the last day of “winter,” however, as an improvement in the weather is now forecasted for Friday, April 24.