Why 5G Conspiracy Theories Prosper During the Coronavirus Pandemic 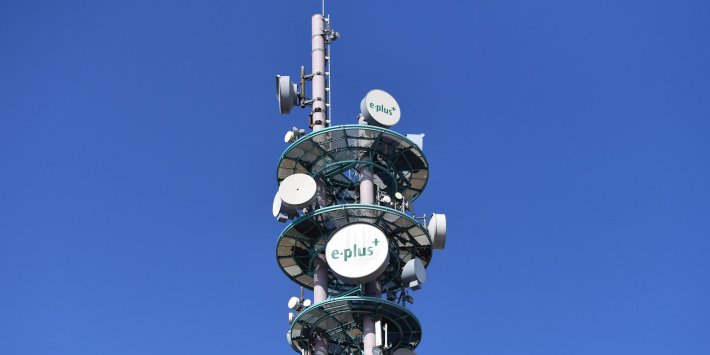 By Tim Hill, Robin Canniford, and Stephen Murphy*
As the coronavirus pandemic has gathered momentum, so too have explanations for how the outbreak started and what is causing its spread. Among these explanations is a theory that the recent rollout of 5G technology is to blame.
Many countries are witnessing increased numbers of groups warning others about the dangers of 5G. In the UK, Australia and the US, activists believe that 5G is the real cause of the pandemic, and that disrupting the 5G network is necessary to halt the spread of the virus. At the extreme end of these groups are those who warn that COVID-19 is a hoax, a cover-story for more evil plans, of which 5G is a crucial part.
Why do people believe conspiracy theories, and what accounts for the ongoing surge in their popularity? At the root of these beliefs is a contemporary spirit of distrust towards governments and health organizations. Moreover, people are particularly drawn to these alternative explanations during times of crisis.
Truth seekers
Many conspiracy theorists identify themselves as “truth seekers”. They are often part of a wider movement of people who consider themselves to be free thinkers who are courageous enough to seek the truth, and to speak up. They act like heroic detectives, revealing what they see as powerful groups operating in secrecy to achieve malevolent outcomes.
Most conspiracy theories view these powerful groups as working in the shadows, inaccessible and behind the scenes. But the 5G-coronavirus theory departs from this template in one crucial way: the source of evil is visible and accessible to anyone who believes in these ideas.
Unlike shadowy cabals and occult forces, the 5G-coronavirus conspiracy can be challenged directly. The 5G network is composed of material infrastructures that are easy to identify and access. For those who believe they know the truth, acts of vandalism against phone masts and antennas represent the possibility to exert some control over troubling events.
Conspiracies at a time of crisis
People want to simplify and make sense of complex and unprecedented situations. As a means to understand this pandemic, there exist both official and conspiracy theories. The official truth is simple: COVID-19 was transferred to humans from animals, similar to previous coronavirus outbreaks. It is primarily spread through droplets generated when an infected person sneezes or coughs.
The popularity of theories that link 5G to the outbreak, however, expose the levels of distrust towards scientific claims, truth and expert explanations of events. Although anti-5G theories have been around for some time, these explanations are currently winning new supporters. This is in part due to a lack of confidence in governments, many of which have struggled to manage this crisis, and now face questions as to whether they acted too early or too late.
More concerning is how right-wing populism thrives in and intensifies this climate of distrust. All over the world, populist figures advance a polarising worldview that pits corrupt political, corporate and scientific elites against an enlightened community of “common people”. Donald Trump, Matteo Salvini, Jair Bolsonaro and Nigel Farage garner support by framing their struggle as one of the good leader against bad institutions.
This worldview simultaneously undermines “the establishment”, and legitimizes conspiracy theorists’ distrust. The implications of this are troubling. Distinctions between scientific truths and conspiracy theories have become blurred at the highest levels of government. Unproven solutions to control diseases are favoured over evidence-based interventions. Moreover, there is a growing resistance to vaccination in countries where political populism is on the rise. Policy interventions designed to solve problems are instead seen as part of the problem.
An “Infodemic”
These considerations become even more important at a time when lockdown measures have led to people spending increased time on social media. In part, the internet enables those previously on the fringes of popular opinion to find and communicate with like-minded others. And while confidence in traditional institutions wanes, any number of alternative explanations resonate among friends in online groups.
As people try to understand the pandemic and make sense of their changed lives, celebrity YouTube “truth seekers” are receiving unprecedented levels of attention. Although Facebook newsfeeds are littered with state-sanctioned public health advice, private groups are awash with bogus claims and misinformation that contradicts the official knowledge and political processes.
The World Health Organization has declared this situation to be an “infodemic”. Pressure is now mounting on social media companies to restrict the flow of misinformation. Yet, within the truth seeker community, attempts by Facebook, Twitter and WhatsApp to intervene are interpreted as further evidence that powerful institutions and elites are conspiring to conceal the “real truth”.
Events such as the attacks on 5G towers offer a barometer to measure levels of trust in leadership and expertise. The challenge for governments and the media will be to demonstrate renewed levels of openness and solidarity to restore public trust, rather than fueling this appetite for alternative truths.
*Tim Hill is a Lecturer in Marketing at the University of Bath. Robin Canniford is Co-director Cluster For Organization, Society and Markets, University of Melbourne, Australia. Stephen Murphy is a Lecturer in Marketing at the University of Essex. This article was published at The Conversation. It is republished under a Creative Commons license.