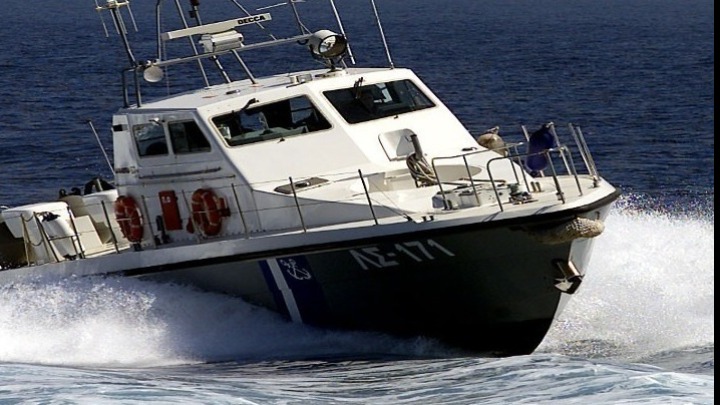 A report that Turkey is amassing migrants, with many infected by COVID-19 among them, across its North Aegean shores opposite certain Greek islands has put the Hellenic Navy, Coast Guard and police on high alert.
Navy, Coast Guard, and Frontex vessels are now standing by along Greece’s sea borders to prevent any vessels carrying migrants from approaching European territorial waters. Sirens, blank shots, water hoses and loudspeakers for recorded messages will be used to warn the boats to return to Turkey.
Meanwhile, police and Army forces are standing by on the Greek islands to arrest any individuals who might manage to pass the sea blockade.
According to a Hellas Journal report, after Turkey’s failed attempt to force thousands of migrants to Greece through the Evros land border, now Ankara is preparing a second round, this time through the North Aegean seas. Thousands of migrants from Asia and Africa have apparently now been transported by Turkish police buses to the seaside to make ready for departure.
It is believed that most of the migrants currently amassed there participated in March’s violent attempts to enter Greece through the Evros border. Earlier in April, Turkish Interior Minister Suleyman Soylu had threatened that Ankara would continue sending migrants and refugees to Europe.
According to information from the Greek Ministry of National Defense, several boats carrying migrants and refugees left Turkish shores with a destination of the Greek islands on Saturday. However, Hellenic Coast Guard and Frontex forces were aware of the Turkish government’s intentions and had activated a floating wall in the sea area between Lesvos and Chios, forcing Turkey to abandon its plans to land migrants on the two islands.
Additionally, there is information from the Greek Ministry of National Defense that among the thousands of migrants gathered across the islands of Lesvos and Chios there are many who are infected with the new coronavirus.
Alternate Migration Minister: We will not back down to Turkey’s blackmail
“The political blackmail attempt at Evros did not work out. Just as the pressure on Greece and the blackmailing of Europe failed there, any such attempt in the Aegean Sea will also fail,” stated Greece’s Alternate Migration Minister Giorgos Koumoutsakos.
Speaking on public television, Koumoutsakos said “What we saw nearly one to one and a half months ago at the Evros borders was in some ways an early example of the policy of forcing thousands of people to act like a living battering ram to violate Greek borders, to exert pressure and blackmail Europe.”
The alternate minister also commented that Turkey has been using the migrants as a blackmail tool for over a year now.
In response to the possibility that migrants arriving in Greece might be carriers of the COVID-19 coronavirus,  Koumoutsakos said that every migrant who does manage to arrive in Greece now will go into quarantine.