GRNews
GreekReporter.comGreeceGreek Orthodox Church Drags Its Feet in the Age of Coronavirus

Greek Orthodox Church Drags Its Feet in the Age of Coronavirus 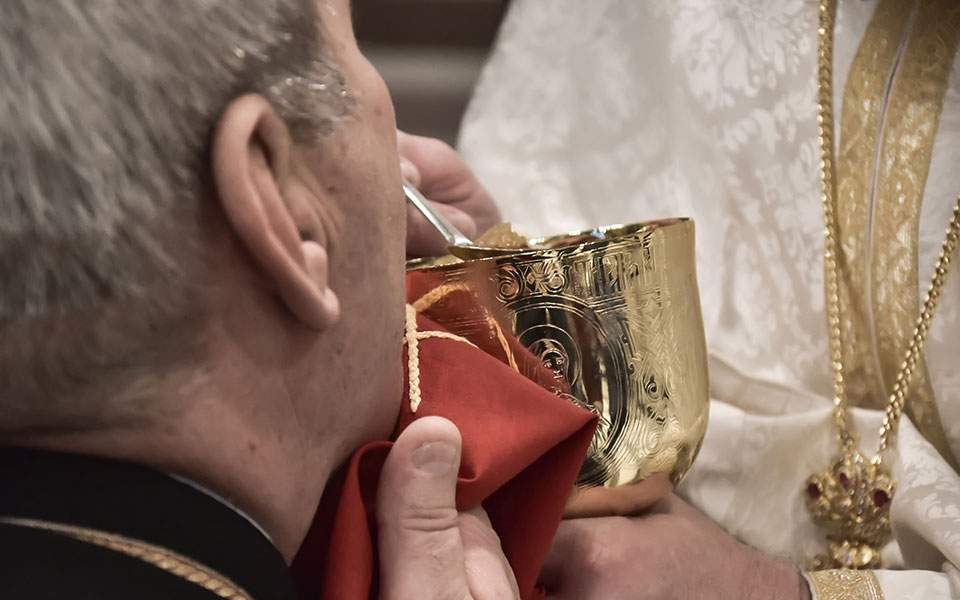 As Kuwait authorities have temporarily closed mosques and changed the Muslim call to prayer to deal with the spread of coronavirus, the Greek Orthodox Church is refusing to take drastic steps as at least 190 cases and three fatalities have been recorded in the country to date.
Greece has shut down schools, theatres, bars and large public gatherings to prevent coronavirus spreading, but, officially, the Orthodox Church is still calling faithful to join its services.
By contrast, in Kuwait, a devoted Muslim country, the Ministry of Awqaf and Islamic Affairs said that the five daily prayers usually held at mosques had been cancelled.
Below is footage showing the new call to prayer calling on all faithful to pray at home ringing out in Kuwait.

This is extraordinary, from Kuwait. The Muslim call to prayer contains the line Hayya ala al-Salah (come to prayer), imploring people to come to the mosque. Now, because of coronavirus, the muadhin (caller) says al-Salatu fi buyutikum (pray in your homes). Never heard that before pic.twitter.com/gSkzI6HHy6

Amid controversy over the Church of Greece’s stance on the coronavirus, Archbishop Ieronymos on Friday urged worshippers to display “a spirit of responsibility,” saying their faith would not be in doubt if they didn’t go to church.
“There is no way to measure faith, neither do our clerics keep a register of who attends our churches,” he said.
His comments came after the Holy Synod faced criticism for not taking a clear stance on measures to curb the virus.
It had suggested that the elderly avoid church but said services will continue as usual, including holy communion (the wine-soaked bread symbolizing Christ’s blood and flesh that worshippers consume from the same spoon).
In his statement on Friday, Ieronymos reiterated the Church’s call for worshippers to follow Health Ministry hygiene guidelines. But he did not appear to shift on holy communion, instead condemning criticism from “ostensibly elitist circles.”