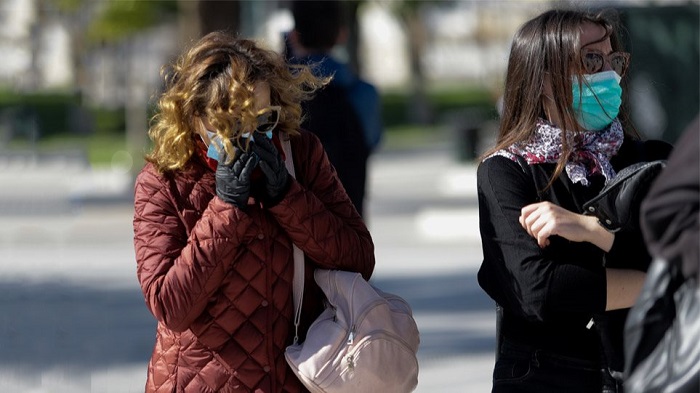 Greece in virtual shut down as the government on Friday announced the closure of all shopping malls, cafes, restaurants, and bars, apart from takeaway shops to help control the spread of the coronavirus. The Ministry of Culture also announced that is closing down the country’s museums and archaeological sites at least until March 30.
On Thursday, it had announced a two-week closure of all the courthouses, theaters, cinemas, gyms, children playgrounds and nightclubs in the country.  These emergency measures come on top of the already-announced closure of all Greek schools, as 190 cases and one death were recorded in the country till Friday evening.
Updates on Friday
21:26: Employees of the ”Greece 2021” organizing committee will be working from home for the next 15 days.

21:25: The Cypriot President also announced that schools will remain closed until April 10, which is effectively the day they would close for the holidays of Easter.
21:10: Cyprus closes its border to everyone apart from Cypriot nationals or EU nationals who live and work in Cyprus and students who study in the country.

20:50: The number of confirmed cases in Germany has climbed to 3,634. The death toll rose to 8.
20:00: Greece’s top football championship, the Super League, announced that it reached a unanimous decision s to postpone the Play-Off and Play-Out matches until further notice.

Unanimous decision by Super League Greece clubs to postpone the Play Off and Play Out matches until further notice. #slgr pic.twitter.com/BV5xb1NVUn

19:40: Albania announced the closure of its southern border with Greece.
19:22: Italy announced 250 additional deaths from the pandemic. The total death toll rose to 1266.
19:20: The Republic of Cyprus has confirmed 14 cases so far, five more are reported in the Turkish-occupied territories.
18:45: May’s local elections in England postponed for 2021.
18:40: Greece’s Health authorities announced on Friday that the number of confirmed diagnosed covid-19 coronavirus cases jumped to 190. Full story here.
18:15: Greece announces new economic measures to help employees and businesses to cope with the heavy burden of the coronavirus pandemic.
17:30: The death toll of the coronavirus pandemic passed 5,000 on Friday.
17:17: As a proper Mediterranean nation, the Italians have found ways to make these dark days and nights a bit happier…

Hey World! I want to make you smile. Do you remember the thrilling cries from Wuhan homes? Look what is happening in Napoli (Italy). Everybody singing local songs from balconies during lockdown. ❤️🇮🇹 pic.twitter.com/sqGDQAB1lx

17:15: The Spanish government is expected to declare a state of emergency on Saturday. The death toll has risen to 120 there, with more than 4,200 diagnosed cases so far.
16:45: Cyprus postpones all football matches until the end of March.
16:25: The UK has confirmed 208 more cases in the country. There are now 798 diagnosed cases there, with ten reported deaths so far.

UPDATE on coronavirus (#COVID19) testing in the UK:

10 patients who tested positive for coronavirus have sadly died.

The digital dashboard will be updated later today. pic.twitter.com/Q6CP4QzDzK

16:18: The European Union announced on Friday that it will offer member states “maximum flexibility” to boost public spending and offer state subsidies beyond normal rules to help fight the dramatic consequences of the pandemic. It also increased the available funds 25 billion euros to 37.

Press conference by President @vonderleyen, Executive Vice-Presidents @vestager and @VDombrovskis to present the economic response to the Coronavirus crisis. #COVID19https://t.co/qWOg4daucF

15:48: Romania’s PM Ludovic Orban announced he was going into a fourteen-day self-imposed quarantine.
15:45: Vienna announced that Austria is following Italy in closing nearlt all shops except for supermarkets and pharmacies.
15:40: One of Athens’ main shopping malls, the ”Golden Hall” announced that it will close for precautionary measures, as a suspected case has been linked to the premises.
14:30: The president of the Athens Medical School, Prof. Petros Sfikakis, has tested positive for the coronavirus, he told the Athens-Macedonian News Agency on Friday. “I have no symptoms and I intend to stay home for as long as I need so as not to be contagious to others. My goal is to protect those around me. So we stay home,” he underlined.
14:25: France bans gatherings of more than 100 people.
14:10: The Hellenic Olympic Committee on Friday decided to suspend the Olympic Torch relay in Greece for the protection of public health from coronavirus. Full story
13:30: The Greek Ministry of Culture announced on Friday its is closing down the country’s museums and archaeological sites at least until March 30 to help control the spread of coronavirus. Full story
12:40: With 117 cases, Greece on Friday ranked 25th on the list of the countries with confirmed SARS-CoV-2 virus cases. At the top of the list are China with 80,814 confirmed cases, Italy with 15,113, South Korea with 9,979, Spain with 3,146, France with 2,876, Germany with 2,745, the USA with 1,762, Switzerland with 868 and Norway with 800.
12:30: The owner of a private “cram school” in the town of Ioannina, northwestern Greece, was arrested on Thursday afternoon for holding a class despite government orders to suspend the operation of all schools and universities for 14 days as part of efforts to contain spread of the coronavirus.
12:20: Katerina Sakellaropoulou was sworn in on Friday as the first female president in Greece’s history as the country grapples with the coronavirus scare. She took her oath, as all presidents do, in Parliament, but only representatives from the political parties were invited to attend as a precaution against the pandemic. Full story. 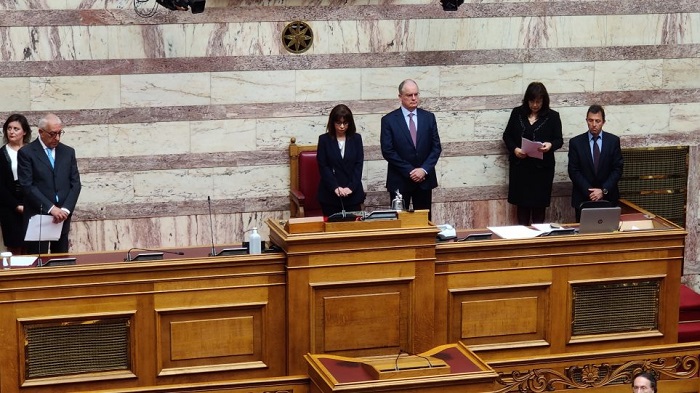 12:15:  All matches in the Champions League and Europa League next week have been postponed amid the COVID-19 outbreak.
10:50: Greece launches the “Stay at Home” campaign through social media to combat the spread of the  coronavirus. Health Minister Vassilis Kikilias tweeted that staying at home is the “most effective measure to reduce the epidemic.”

10:45: The Greek Ministry of Tourism announced that it has set up a coronavirus crisis management committee that would inform the tourism industry on the latest developments. The Ministry also released an online set of protection guidelines for travelers in Greece, which can be found here.
09:20: Greece is activating a confidential plan to tackle the spread of the coronavirus, Kathimerini reports. It includes plans to establish – if needed – outdoor or floating hospitals in areas where patients exceed the capacity of intensive care units.
09:00: Meanwhile, a total of 90 people have lost their lives from influenza so far this winter season in Greece, including 7 people in the last week, health authorities reported on Thursday evening.
Of these, 72 were treated at intensive care units, while 18 were not. Of the 90, 83 patients belonged to high-risk groups, and only 33 of the deceased had been vaccinated against the flu. A total of 238 cases of confirmed influenza have so far been recorded this winter.
08:55: The Turkish health minister has announced the country’s second case of the coronavirus, which is linked to the first case.
08:45: The Greek government has denied there are shortages of consumer goods in markets. “We are closely monitoring the market and we are ready to take extraordinary measures in cases of uncontrolled profiteering,” stated Development and Investments Minister Adonis Georgiadis, late on Thursday.
“For the time being there are no shortages of goods and the market is adequately supplied,” he said, adding that there was a slight problem with antiseptics because consumption was very high.
08:30: Japan is on track to hold the Tokyo 2020 Olympic Games as planned, top government spokesman Yoshihide Suga said on Friday, after US President Donald Trump suggested a possible delay of one year.
08:15: The death toll from an outbreak of coronavirus in Italy has jumped in the last 24 hours by 189 to 1,016, an increase of 23 percent, the country’s Civil Protection Agency said on Thursday. The total number of active cases in Italy, the European country which has been by far the hardest hit by the virus, rose to 15,113 from a previous 12,462, an increase of 21.7 percent.
08:00: The Hellenic Federation of Enterprises (SEV) said late on Thursday that the outbreak points to strong recessionary effects both for the local and the international economy, although it adds optimistically that the slowdown in economic activity is expected to reverse in the medium term.
Related
Live updates on Thursday
Live updates on Wednesday
Live updates on Tuesday
Live updates on Monday