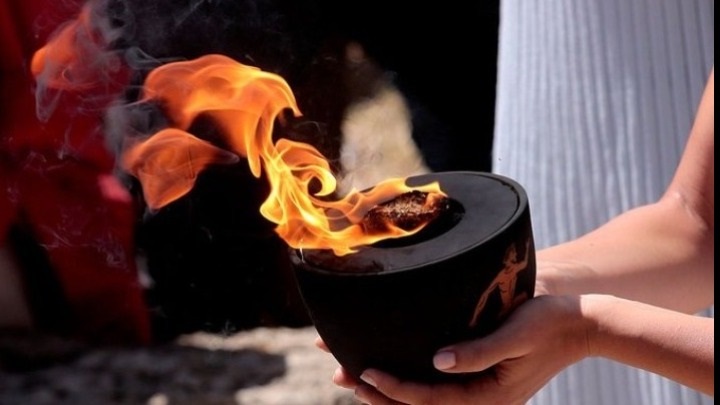 The Hellenic Olympic Committee on Friday decided to suspend the Olympic Torch relay in Greece for the protection of public health from the further spread of the coronavirus.
The Olympic Flame began its journey through Greece on March 12 after the lighting of the flame in Ancient Olympia and reached Kalamata on the first day, where it spent the night.
On Friday, it resumed its journey but the large crowds gathering at the reception ceremony in Sparta caused local authorities to express concern, with the result that the Hellenic Olympic Committee, in agreement with the Health ministry and the International Olympic Committee, decided on the cancellation of the rest of the planned run.
The delivery of the Olympic Flame to Japan, the organizer of the “Tokyo 2020” Olympics, will be carried out as normal on Thursday, March 19 at the Panathinaiko Stadium (Kallimarmaro) in Athens, without the attendance of the public.

For thousands of years, the Olympic flame has been not only a symbol of peace but also of hope; and maybe the world today needed more than ever this spark of hope that will travel all the way to Tokyo for the 2020 Olympics. Watch some of the highlights from Olympia and get the full story: https://bit.ly/3aS34qY