By Tasos Kokkinidis
March 11, 2020
Facebook
Twitter
WhatsApp
Linkedin
Email
The World Health Organization announced on Wednesday that the Covid19 coronavirus outbreak is now a global pandemic. As Greece announced that there are 99 cases in Greece and decided to close all educational institutions for 14 days on Tuesday, Italy recorded its highest one-day death toll since the coronavirus outbreak began, with 168 deaths recorded in 24 hours.
Latest updates on Wednesday
20:45: Cyprus shuts down all schools across the Republic from Friday, March 13 to Friday, March 20. ”This is a precautionary measure,” the government said.
20:20: Greece will hire 2000 more nurses and doctors to help with a potential spike in the number of cases.
20:05: Cyprus confirms four new diagnosed with Covid19 cases.
19:32: Greek Premier Kyriakos Mitsotakis addresses the nation:

19:30: Italy’s death toll rises to 827, 196 more than yesterday.
19:00: The Ecumenical Patriarchate of Constantinople called on believers to comply with both the WHO’s hygiene guidelines and the relevant guidelines and laws of the countries they live in.
18:33: The World Health Organization has announced that the Covid19 coronavirus outbreak is now a global pandemic.

"We have therefore made the assessment that #COVID19 can be characterized as a pandemic"-@DrTedros #coronavirus pic.twitter.com/JqdsM2051A

18:32: A patient at the University Hospital of Patras in Rio diagnosed with coronavirus was intubated on Wednesday, but is under stable condition, the attending doctors and the Health Ministry said on Wednesday.
18:30: The Euroleague Basketball decided that the game between the Italian basketball team of Olimpia Milano and Greece’s Olympiacos will be played in the Mercedes-Benz Arena in Berlin, Germany on Friday instead of Thursday. The Euroleague has decided that all games scheduled to be played in Italy will take place elsewhere in Europe.
17:50: The Acropolis Museum will continue its normal day-to-day operation but has decided to postpone certain special events, as a precaution in light of developments in public health and efforts to contain the spread of the covid19 coronavirus.
17:30: UEFA is considering the possibility of postponing tomorrow’s games for the Europa League football championship. Greece’s Olympiacos is scheduled to face England’s Wolves.
16:30: A decision to close all children’s playgrounds across the country due to the Covid19 coronavirus outbreak was made by the Greek Interior Ministry on Wednesday.
16:15: The Corfu Philharmonic Society and the island’s choirs announced on Wednesday the suspension of all of their courses for the next 14 days.
15:30: Two of the 99 confirmed cases of the virus in Greece are individuals who are hospitalized and are in serious condition.
15:20: Greece confirms ten more individuals have been diagnosed with the Covid-19 coronavirus, bringing the total of cases in the country to 99. Ninety-five of these are Greek nationals and the remaining four individuals are from other countries.
15:10: The Orthodox Church of Greece announced that it will suspend the operation of catechism schools until March 29. Additionally, all Parent Schools, Schools of Byzantine Music, Classes of Hagiography, all Youth Synods and all sessions of Bible Study will be canceled as well.
15:05: Greek authorities decided to cancel all student parades on March 25, on the occasion of the 199th anniversary of Greece’s War of Independence. More information on this can be found here.
14:15: Spain has now confirmed that they have 2,002 cases and 47 deaths from the coronavirus. Half of the infected victims are in the Madrid region, where 31 people have died.
14:00: Angela Merkel has said 60-70% of Germany’s population will be infected with Covid-19, unless measures can be found to slow down its spread and develop a vaccine quickly.
13:50: Greek government spokesman Stelios Petsas announced the introduction of a special-purpose leave from work during the coronavirus outbreak.
13:40: Health authorities on Cyprus ordered on Tuesday a ban on mass gatherings of people including churches, after two cases of Covid-19 coronavirus were recorded on the island. Full story here
12:35: A delay of one or two years would be the “most feasible” option if the Tokyo Olympics cannot be held as planned this year due to the global coronavirus outbreak, a member of the Organizing Committee’s executive board said. Full story here.
11:30: In comments to lawmakers from his Justice and Development (AK) Party on Wednesday following Ankara’s confirmation of the country’s first confirmed case of coronavirus, Turkish President Recep Tayyip Erdogan declared that “no virus is stronger than Turkey.”
11:20: Photos from Thessaloniki, where the first case of coronavirus in Greece was recorded, show a city that is nearly deserted. A shopkeeper tells local website voria.gr that “it is two days since my last customer.” 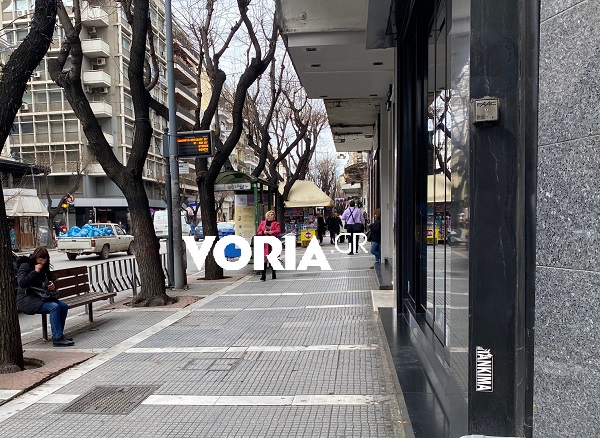 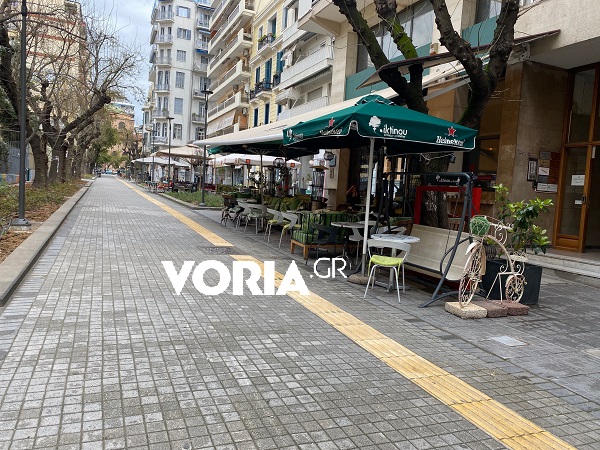 11:05: Greek Prime Minister Kyriakos Mitsotakis will address the nation on the coronavirus epidemic at 19:00 (Athens time) on Wednesday.
10:30: All of the Olympiacos playing staff, coaches and board members have tested negative for the coronavirus. The Greek club, who face the Wolves in the Europa League on Thursday, underwent tests after their owner Evangelos Marinakis, who also owns the Nottingham Forest club, revealed on Tuesday that he had been diagnosed with the virus.
10:25: Opposition leader Alexis Tsipras urged the government late on Tuesday to take additional measures against the coronavirus, including the hiring of more staff at the National Health System, additional intensive care units, support measures for workers and businesses, and the protection of primary residences.
10:20: Greek authorities are reportedly mulling a possible deferral, if necessary, of university entrance exams from June to July or even September as an extreme precaution.
10:00: A Spanish microbiologist explains why people should not panic over the coronavirus. In an article titled Ten Reasons Why You Ought Not to Panic, Ignacio López-Goñi, says that there are causes for optimism and reasons to believe that there may be ways to contain and defeat the virus.
09:45: A Turkish citizen with high fever and cough symptoms was diagnosed with the coronavirus following tests, making him the country’s first officially confirmed diagnosis, Turkish Health Minister Fahrettin Koca said early on Wednesday.
09:30: China has reported only 24 new cases and 22 new deaths nationally, including a record low of new cases in Wuhan (13). Lockdowns have been partially lifted in Hubei province, and key industries will be allowed to resume their activities in Wuhan.
09:00: A Greek woman living in the town of Imola, just outside the northern Italian city of Bologna describes to Greek Reporter how it is like to live under the lockout imposed throughout the country. “We are totally in the black since yesterday evening, like we are under arrest,” says Anna Ioanna Patiri.
Related:
Live updates on Tuesday
Live updates on Monday