By Tasos Kokkinidis
February 28, 2020
Facebook
Twitter
WhatsApp
Linkedin
Email
Greek defense forces and the police increased their patrols on Friday at the land border with Turkey along the Evros River as hundreds of migrants and refugees have now created an encampment in the neutral zone separating the two countries, waiting for an opportunity to cross.
Greece has closed the border crossing at Kastanies and police vehicles are now blocking all entry into Greece. 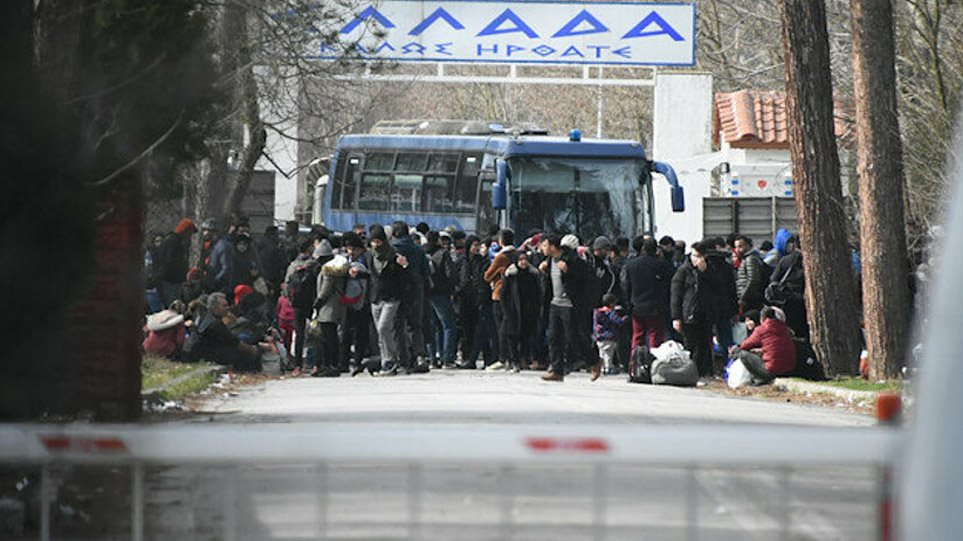 The new mass movement of migrants and refugees towards Greece follows a decision taken at an emergency meeting chaired by President Tayyip Erdogan on Thursday which orders the Turkish police, Coast Guard and border security officials to stand down and let the refugees pass through to Europe.

Migrants trying to swim to reach Greece from Turkeyhttps://t.co/xh4qK6Sr4X pic.twitter.com/JzRERVxGk2

Konstantinos Floros, the Chief of the Hellenic National Defense General Staff, and Minister of Public Order Michalis Chrisochoides have arrived at Evros to coordinate military and police units and ensure that no illegal crossings will take place.
A government official told Athens Macedonia News Agency that Greece is in constant contact with the European Union and NATO on this issue.
According to Turkish media reports, approximately 300 migrants, including some women and children, have marched from Turkey to the Greek border after Turkey announced it will no longer stop Syrian refugees from reaching Europe.
Syrians, Iranians and Iraqis were among those in the group. 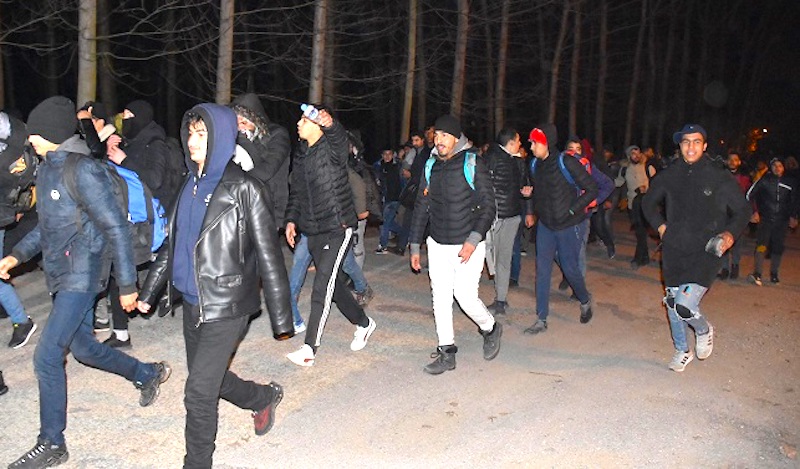 Defense sources say that the large group has broken down into smaller groups which have camped at various vantage points across the river. They are being closely monitored by Greek soldiers from the opposite side. Army helicopters are also currently flying over the area.
According to other Turkish media reports, hundreds of migrants have also converged on the Turkish coast, near Smyrna, just waiting to cross over to the Greek islands.


“Turkey cannot bear the pressure of the new refugees; we now say that Turkey is at full capacity,” ruling AKP spokesman Omer Celik told CNNTurk early on Friday. While the spokesman noted that Turkey’s refugee policy remains “the same,” he said “we are no longer in a position to hold refugees” amid an expected influx of newly-displaced Syrians.
This move runs counter to the 2016 Turkey-European Union agreement, which obliges Ankara to work to stop migrants from crossing the Aegean. Analysts say that it also puts pressure on EU countries to side with Turkey in its Syria adventure.

Anafi: A Greek Island Off the Beaten Path

Anafi is a small Cycladic island near Santorini that rewards visitors with its natural beauty, serenity and warm hospitality.
Australia

Some of Melbourne’s top landmarks will be lit up in blue and white to commemorate the declaration of the Greek War of Independence 200 years ago.
Greece