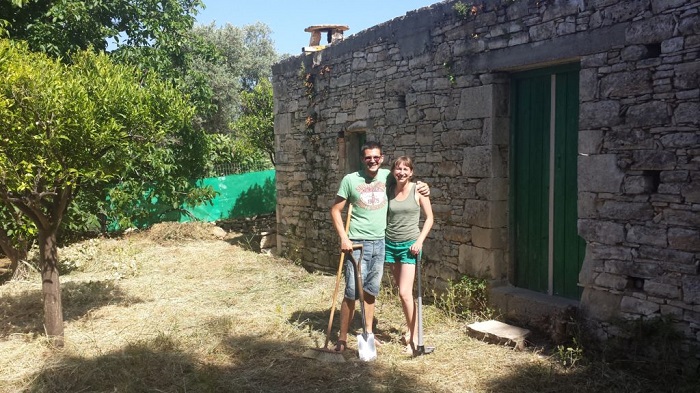 A millennial couple who quit their routine, predictable lives in the UK to live an alternative life outside a small village on the Greek island of Crete say that it was the “best decision they could have made.”
Stephanie and Matt Trott, originally from southern England, moved to a cottage near Panormos, in the region of Rethymnon, in August of 2018.
Speaking to Greek Reporter, Stephanie says that “We both fell in love with Greece. When we were younger we had lots of family holidays in Greece. We went to Corfu, Skiathos and other Greek islands. I was very nostalgic. For me, Greece represented happiness.”
Matt explains that the couple settled on Crete after considering other islands for the location of their new home. “We felt that Crete was the best island for us because it is the biggest island and can offer us everything we could have wished for. There are cities and lots of tourism that can provide us with jobs.”


The British couple say that they found freedom on Crete. “Our life is now so different. We have complete freedom and so much more time for ourselves. Our lives in the UK were hectic. Property was very expensive in southern England. We were working all hours. Never had any time to ourselves,” they tell Greek Reporter.
Stephanie works in the local tourist industry during the summers, while Matt goes back to the UK and works there for a couple of months to earn some income. “At the moment we have a bit of income from Greece and a bit from England,” Matt explains.
But the couple have bigger plans for the near future. They bought a second property, which they named “Walnut Cottage,” with an eye toward the 2020 tourist season. Both are busy renovating the building now so that they can rent it out to tourists in the summer. 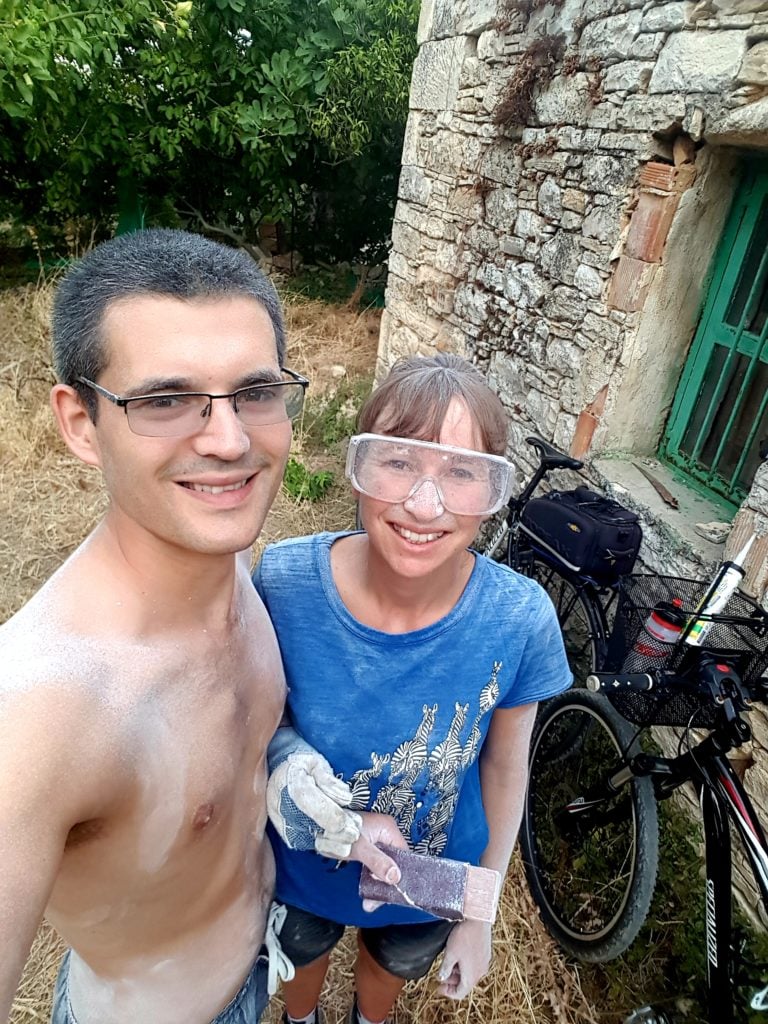 “We really enjoy living in the countryside,” says Stephanie. “In the UK we could not afford to live in the countryside. We had no hope of owning any land. We had to live in a city at a house with no garden. We could not be outside at all.”
In their little heaven on Crete, surrounded by olive groves, they now we have a beautiful, natural garden all the way around the house.
“We planted nine olive trees, fruit trees such as banana, apple and pear trees and we are growing our own vegetables in the garden,” Matt says. “We spend so much time being outside, which is a big difference. In the UK we would hardly go out except to work.” 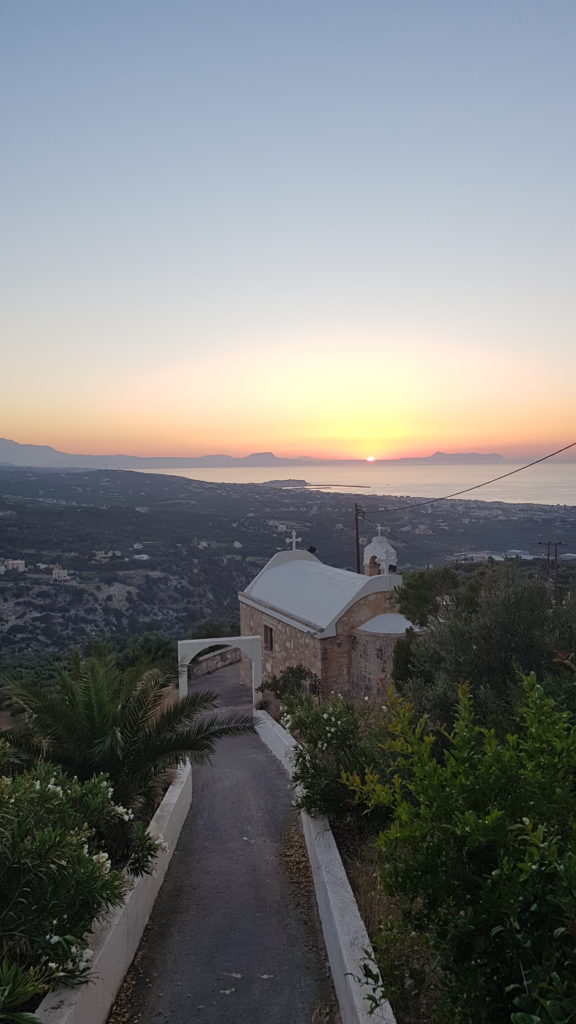 Both are dedicated environmentalists who try to reduce waste, avoid plastics and protect the local environment in any way that they can.
“Despite the relentless warnings of the risks to ourselves, the environment, our water sources, animals and marine life, we are producing more plastic than ever,” Matt says, adding that the couple, together with friends, are cleaning up rubbish from the area around the village and the nearby beach and making sure that the waste goes into the proper bins.
Stephanie admits that the biggest difficulty the couple still has in their new home is the language barrier. “We try to learn Greek. I am having Greek classes and try my best because I want to become fluent. There is a language barrier, especially in the village because the locals do not speak English.
“Sometimes it is frustrating because I cannot understand. But I smile a lot, and they smile back,” she says.
“Locals are lovely, really friendly. They help me with my Greek and are very welcoming. They always smile and stop to say hello. We’ve had a very positive experience,” she adds. 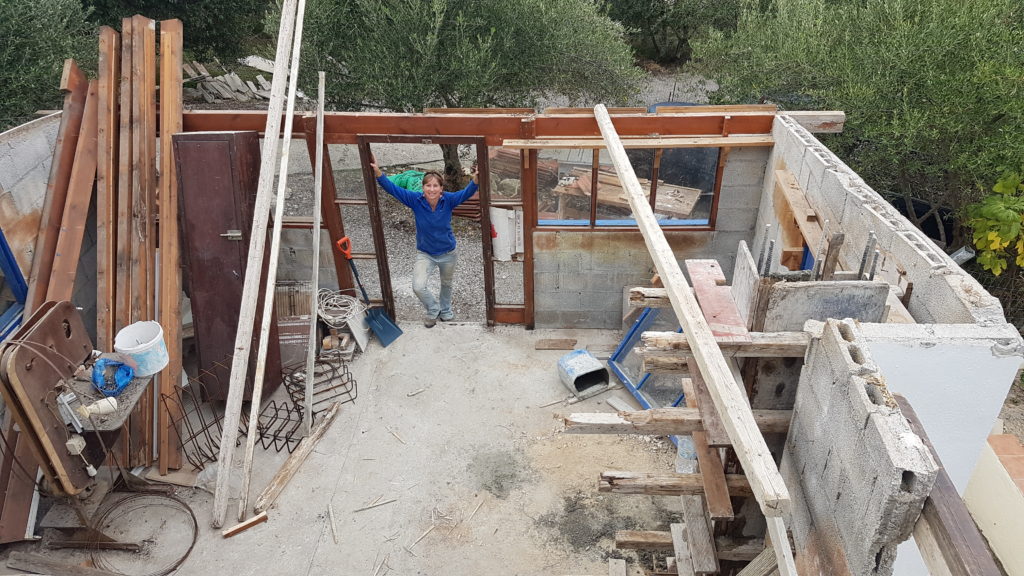 The pair maintain a blog named sidestepping-normal.com, in which they record their lives on Crete.
They urge readers to join them in their journey “to discover the simple pleasures in life, becoming more environmentally friendly, creating things rather than buying them, owning less and gaining freedom, becoming more self sufficient, and questioning the fundamental concepts that we have been conditioned to believe.”
The Trotts also appeared in a British television series called “My New Greek life“, currently airing on Channel 5, which documents the lives of several British couples who have made sunny Greece their new home.
The couple is sure to keep in contact with their friends and family back in England, however. Stephanie explains “We use the internet for everything, because we do not understand the TV yet. But we try not to find out what is happening in the bigger world. We try to focus on our community and our village and not to worry much about everything else.”
She concludes by saying “In the UK we were bombarded with news all the time. Here, we try to go smaller. Back to the roots, back to the community.”
You can follow Stephanie and Matt Trott’s idyllic life on Crete by clicking here.