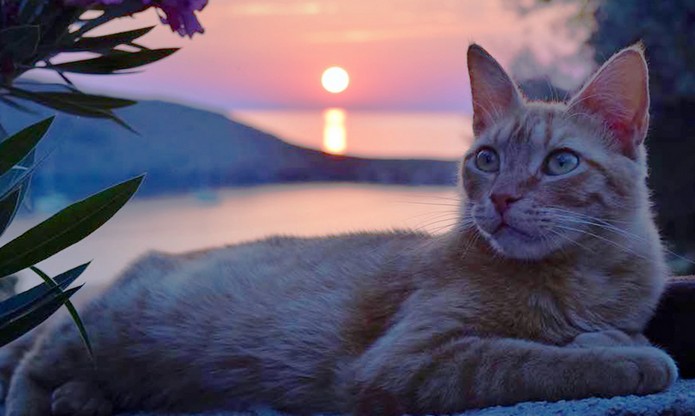 More than twenty stray cats were found dead in the town of Trikala, central Greece on Sunday morning, apparently poisoned by a local person, an animal welfare group announced in a Facebook post.
A video posted on a Facebook page called “Stray Dogs of Trikala” shows at least ten dead cats, but voluteers say that at least 20 had actually been killed..
“On Sunday morning, as I came out of the house, I saw this disgusting spectacle,” says a volunteer who only gave her first name, Ioanna.
“We are talking about over 20 dead cats, found very close to each other. Immediately, we called the police who recorded the incident and then proceeded to file and prosecute unidentified.
“Some dead cats were taken to the veterinary service for the doctors to collect samples so that they would send to Athens to find out what the poison was,” Ioanna told interviewers from the website GRTimes.gr.
A local resident who was appalled by the killings, offered a reward to anyone who provides information which could lead to a conviction in the feline killings.
Animal rights groups say that there are a great many incidents of animal poisoning in Trikala. “It’s really bad. There are few we suspect, but we cannot press charges because we have no evidence,” Ioanna says.
Warning: The following video contains images that may be disturbing