Hundreds of Students Celebrate Greek Language and Culture in Italy 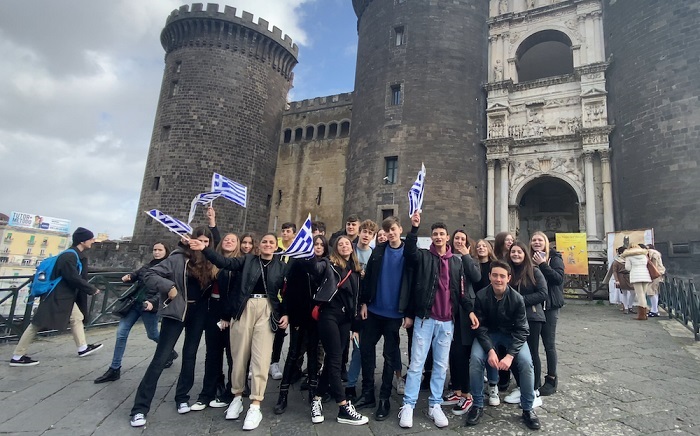 Hundreds of students from Italy and Greece participated in the five-day-long celebration of the Greek language which took place in Naples this week.

Prominent lecturers and historians explained how the Greek language developed, shaped and expressed the majority of scientific theories and philosophical concepts, and gave the great gift of its ancient literature to the entire culture of the Western world.

The City of Naples provided its iconic Maschio Angioino Castle for for the events, in which students from 25 high schools took part.

The initiative, scheduled to coincide with the celebration of International Greek Language Day, is the brainchild Jannis Korinthios, a lecturer in Modern Greek Studies at the University of Calabria and a prominent member of the Greek diaspora.

His passion for the Greek language was instrumental in convincing Athens to launch International Greek Language Day in 2017. For the last five years Korinthios has organized the Naples event, which has become a highlight in the city’s annual cultural calendar.

Speaking to Greek Reporter, Korinthios said that in 2014 he presented his proposal for an international Greek language and culture day to the President of the Hellenic Republic and the Republic of Cyprus, as well as the relevant ministries in both Athens and Nicosia.

Eventually Korinthios was invited to present his proposal to the Greek Parliament, which it enthusiastically endorsed, the professor says.

But while he was impatiently waiting three years for his great dream to become reality, he began organizing a Greek Language day in Italy, which was launched in 2015.

“This year we organized a week-long festival so that we would include more activities related to the Greek language and culture and in other towns near Naples, in the region of Calabria,” Korinthios explains.

“Every year around 1,000 students from Greek and Italian high schools are celebrating the Greek language. It has become an institution and it has spread to many countries around the globe, including the US, Australia, Romania, Albania and other places where there is Greek diaspora presence,” Korinthios adds. 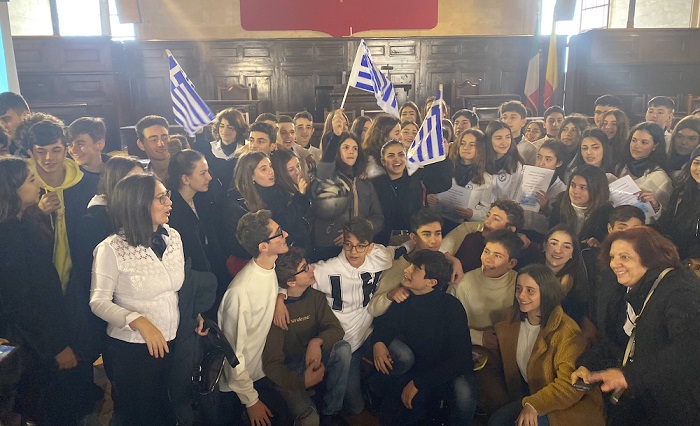 “Students participate enthusiastically in the celebrations and are passionate about the Greek language and the contribution of Greek culture in the world,” Korinthios told Greek Reporter.

Among the highlights of the entire event was the concert given by renowned mezzo-soprano Alexandra Gravas, who performed songs by famous Greek composers.