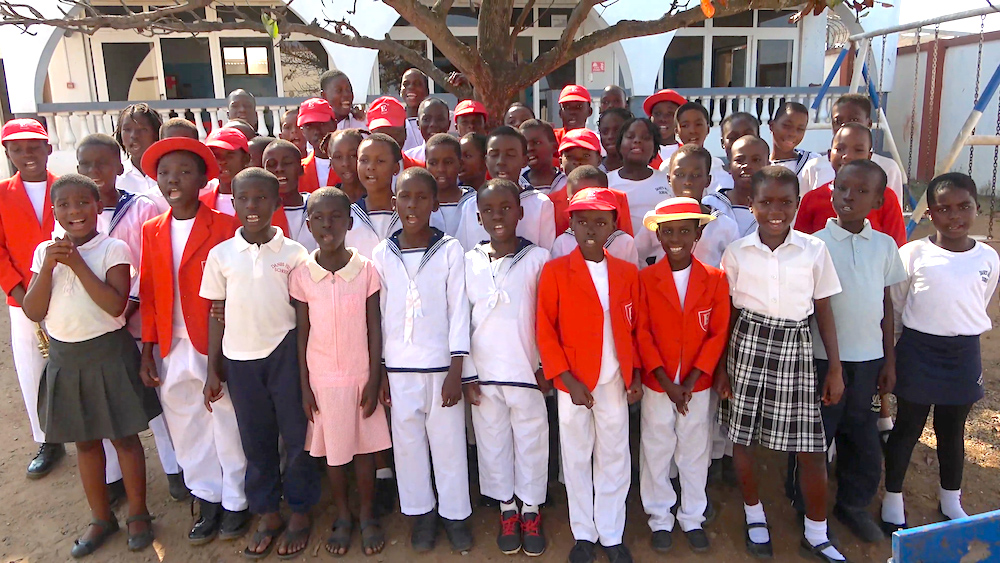 A Greek school in Ghana, in one of the most impoverished areas of the world, offers hope and opportunity for hundreds of kids who would otherwise probably would end up becoming trash collectors.

The Preparatory School of Saint Nicholas, which opened its doors in February of 2012, is the brainchild of Captain Alkiviadis Kapas and his Philhellene friend Deborah Eleazar. It is located in the port town of Tema New Town, close to Ghana’s capital city of Accra.

The school’s motto is the phrase ”Every Child has a Right to Education.”

Katerina Kappa, the daughter of Alkiviadis, is now a volunteer at the school. She tells Greek Reporter that ”the kids are living in horrid conditions. If the school did not exist most of them would probably be wandering the streets.”

In addition to a full curriculum as indicated by the Ghana Education Ministry, the children learn Greek grammar, history, poems — and even Greek dances. ”They learn to love Greece. We have the Greek flag so dear to us,” says headmaster Emmanouel Dongo.

Each child is provided with two school uniforms, along with school textbooks and writing materials. The school offers breakfast and lunch to the students as well. “They are probably the only meals they eat during the day,” explains Katerina Kappa.

Their parents are often so poor that they cannot afford to provide even the basics for their children. The school additionally provides each one of them with a Medical Health Card. 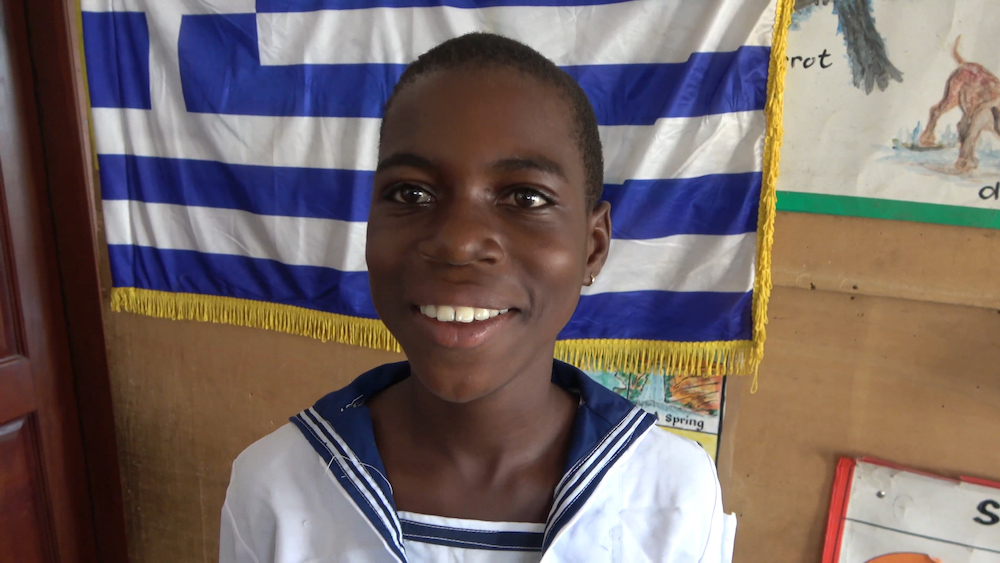 ”Kids have now the opportunity to educate themselves and hope for a better future,” says  school benefactor and volunteer Mata Kavarlingou. ”They dream that some day they will be able to travel to Greece and experience the country first hand,” she adds.

St. Nicholas, which is run entirely by voluntary donations, receives no state funding whatsoever. The first school building was built with a grant from the Maria Tsakos Foundation on land donated by the Tsakos Group.

Dozens of organizations, schools and individuals from all over the world are sending money and items including books and school uniforms. Recently a donor offered an electrical guitar, along with an amplifier and microphone. ”We may have a number one hit one day,” the school administrators wrote on Facebook.

A three-classroom block was recently opened that was entirely financed by Mytilineos S.A., a Greek-based industrial conglomerate and the parent company of Metka Ghana.

The agreement for the ambitious project was signed in July of 2019, and the project was complete in less than six months. Work is currently in progress to construct a kitchen and dining area for the young students as well.

The school’s vision for the future includes its expansion to cover primary and junior high school education, culminating in the development of a vocational college. The vocational college will help the children acquire the practical skills which will enable them to find a job at the end of their education.