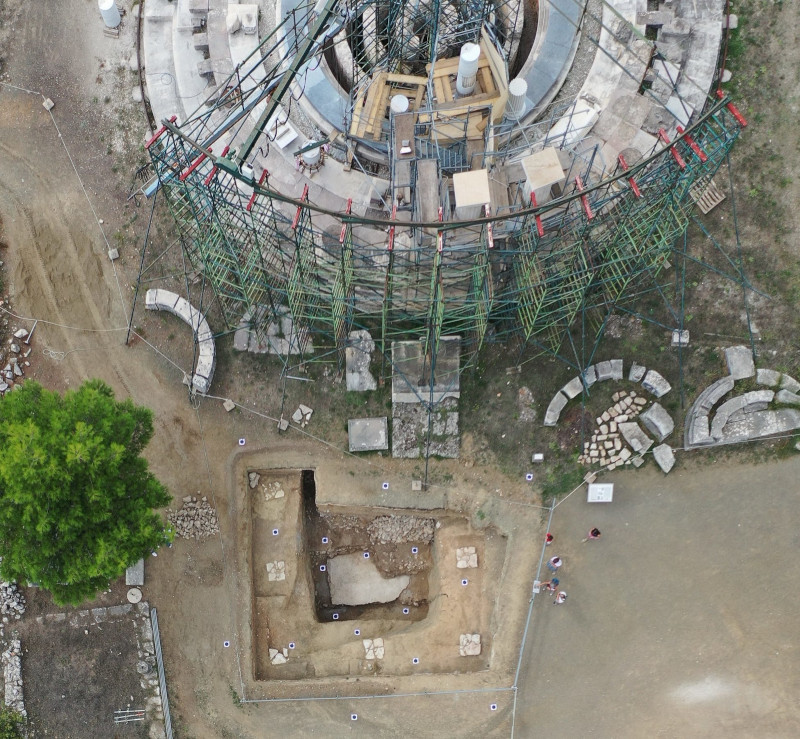 The Asclepieion of Epidaurus on the Peloponnesian Peninsula is one of the most important ancient sites in the entire world.
Today, it owes a great deal of its fame to the theater, a wonder of acoustics which is still in operation today, but in ancient times it served as a medical sanctuary, and serious illnesses were healed there.
People from all over the Eastern Mediterranean region flocked to Epidaurus in antiquity to find cures for their various maladies. It was a spacious resort which included guesthouses, a gymnasium, a stadium and the famous theater, which served to “elevate the soul,” which ancient Greeks saw as the goal of all theatrical plays, both tragedies and comedies.
Along with its many luxurious facilities, the Asclepieion of Epidaurus offered beautiful, serene natural surroundings, with lush vegetation and stunning views of the surrounding mountaintops.
According to the poet Hesiod, who was active between 750 and 650 BC, Asclepius, the son of Apollo who was considered the ancient Greek god of medicine, was born in Epidaurus.
A new building found at Epidaurus’ Asclepieion area, which was dedicated to this god, gives new insight into the famous sanctuary, mainly concerning the early years of its creation.
The newly-uncovered building is a structure from the archaic era, whose function is currently unknown. It was built on a site adjacent to where the Tholos, or dome, the most iconic building of the Asclepieion, is situated.
The building, rectangular in plan, had a basement space corresponding to the ground floor, with mosaics placed in a peristyle form. According to the information gleaned so far from the excavation, which is still in progress, the building dates back to around the year 600 BC. 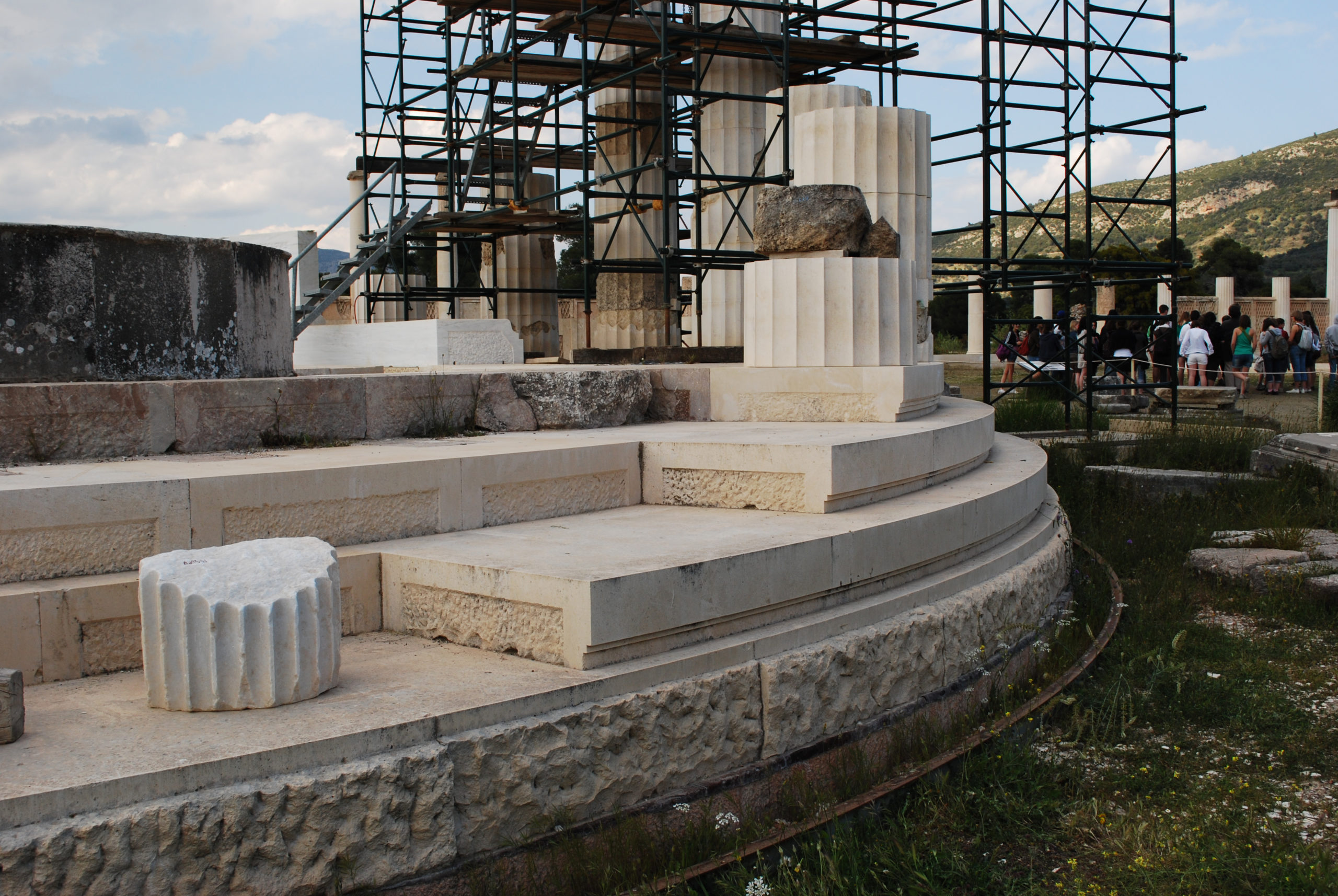 University of Athens Professor Vassilis Lamprinoudakis, head of the excavations in ancient Epidaurus, explained to the Athens-Macedonian News Agency “This means the worship of Asclepius appears to have begun earlier in the Asclepieion of Epidaurus. Until now, it was believed to have begun around 550 BC, i.e., in the middle of the sixth century BC.
“Now it is evident that the structures are earlier, and this is particularly important for the history of the sanctuary and for the history of Asclepius himself,” the archaeologist noted.
“At the place where the Tholos was later built, a part of a building, a ‘double’ building, with basement and ground floor has been found. Since there is a basement, like in the Tholos, we consider it to be a forerunner of this ‘mysterious’ building called the Tholos,” Lamprinoudakis stated.
“When it was decided to build the Tholos, this building was demolished. The empty space created by its basement was filled with relics from the old building, but also from other parts of the sanctuary. That is because (when) the great program of the 4th century BC began, some other buildings were also demolished, the material of which was buried with respect in the place,” he added.
The archaeologist explained that the name Tholos “was only given to the structure by the ancient traveler Pausanias in the second century AD. Its original name, as we know from the inscriptions of the 4th century BC, was ‘Thymeli.’ Thymeli was a kind of altar (used in sacrifice), in which offerings were made without blood.”
Lamprinoudakis continued, saying “Research tells us that the Tholos was a kind of underground house of Asclepius, where patients were treated by injection.” The patient who slept in this special place would dream of the god Asclepius to reveal to him the cure for his illness. “This former building had a function similar to that of the Tholos, that is, its basement served as the seat of Asclepius on earth,” the archaeologist explained.
“The new building, however, also gives important clues to the topography of the sanctuary. It explains the orientation of some other constructions that follow,” Lamprinoudakis concluded.
The archaeological dig at the sanctuary of Asclepius of Epidaurus, which has been carried out by the Department of History and Archeology of the University of Athens since 2016, continues today.
The excavations, carried out with the support of the Ephorate of Antiquities of Argolis, were funded by the organization “Asclipiades” in 2016-2017 and by the Stavros Niarchos Foundation in the years 2018-2019.

A Greek scientist is developing 6G technology after receiving a 2 million euro grant to pursue the project at Queen’s University, Belfast.
Greek News