GRNews
GreekReporter.comGreeceAt Last, A Woman for President of the Hellenic Republic

At Last, A Woman for President of the Hellenic Republic 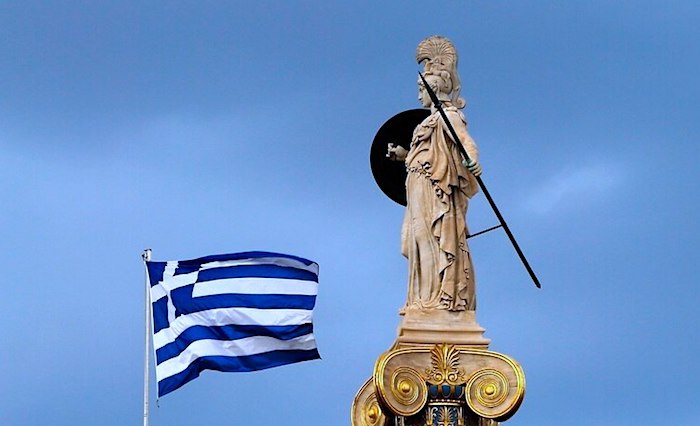 The decision by Prime Minister Kyriakos Mitsotakis on Wednesday to propose a female candidate for the President of the Hellenic Republic sent shock waves through the male-dominated Greek political system — and society itself.
Mitsotakis proposed Ekaterini Sakellaropoulou, first female president of the Council of State, the country’s top administrative court, for the nation’s highest position.
In his announcement, the Prime Minister said that Sakellaropoulou would “reflect Greece’s renewal, and be a window opening to the future.”
Although the office of president is ceremonial, Mitsotakis’ choice gives a clear signal that things are changing in Greece regarding gender equality. The selection for the country’s highest office “honors both justice and the modern Greek woman,” Sakellaropoulou said in her remarks accepting the nomination.


“I accept the proposal and, if elected, will devote all my efforts to serving this high duty, as set out by the constitution,” the longtime judge stated.
A survey conducted by Greece‘s Research Center for Gender Equality (KETHI) in April of 2019 found that 72 percent of Greeks believe that the country needs more women in politics, and their reluctance to participate is harmful to democracy itself.
However, another survey by the European Institute of Gender Equality (EIGE) released in October 2019 shows that, with 51.2 out of 100 points, Greece ranks absolutely last in the EU on the Gender Equality Index. Gender inequalities are most pronounced in the domain termed “power” (24.3 points).
Greece went on to improve its Index rankings between 2005 and 2017, but still had a much lower mark than the average EU score throughout the entire period.
Greece has moved toward gender equality at a slower rate than the EU’s score, meaning that the gap between Greece and the EU has actually even increased over time, the EIGE survey says.
The percentage of women holding executive positions in Greece is increasing but it is still well below the European Union average. According to a March, 2019 Eurostat survey, women account for only 32 percent of all managerial positions in Greece, while the EU average is 36 percent.
Women account for less than one tenth of board members at only nine percent, whereas at the EU level, just over one quarter, or 27 percent, of board members are women.
Against this background the choice of Sakellaropoulou as Greece’s President is a significant move signaling that gender equality is vital for the future of the nation.
The judge, born in Thessaloniki in 1956, has moved rapidly up the hierarchy of the Greek legal system. She was elected unanimously as the head of the Council of State in October of 2018.
Sakellaropoulou has also served as President of the Hellenic Society for Environmental Law since 2015, and has actively worked on large cases involving the environment, including the diversion of the Acheloos River in Thessaly and the preservation of the historic refugee buildings on Alexandras Avenue in Athens.
Her nomination, and almost certain appointment as the new President of the Hellenic Republic, provides an impetus for Greek women to challenge the near-total male domination in other spheres of society and economy.
The heroines of the Greek War of Independence, such as Laskarina Bouboulina, Manto Mavrogenous, Rallou Karatza and the women of Epirus, as well as the unsung heroines of the Greek-Italian War, clearly showed the tremendous contribution women have made for the defense of Hellenism.
Sakellaropoulou now has a golden opportunity to become the champion of contemporary women in their quest to attain equal status in modern Greek society.