GRNews
GreekReporter.comGreeceGreece Transfers 500 Asylum Seekers From the Islands to Mainland

Greece Transfers 500 Asylum Seekers From the Islands to Mainland 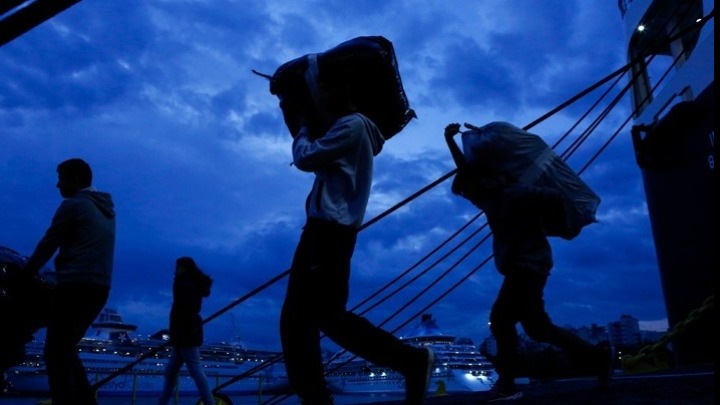 The transportation of 500 individuals from the Aegean islands to accommodation facilities for asylum seekers throughout Greece was underway on Tuesday.
The transfer began on Monday, when 270 individuals departed from Lesvos on a regular ferry, while another 230 are to leave Samos on Tuesday.
All of the migrants have either a “refugee profile” or are members of vulnerable groups.
Meanwhile, despite the improved weather conditions, the influx of migrants and refugees from Turkey to the Greek islands remained low in comparison with previous days.
The number of such arrivals since last Wednesday came to just to 284 on the island of Lesvos, 56 on Chios and 137 on Samos.
According to the Moria camp’s administration authority, the population there on Tuesday numbered 19,122 individuals while the number of asylum seekers residing in housing facilities on the whole of the island of Lesvos, including Moria, reached 21,123.
Source: AMNA