New Snowstorms Expected to Sweep Across Wide Swath of Greece 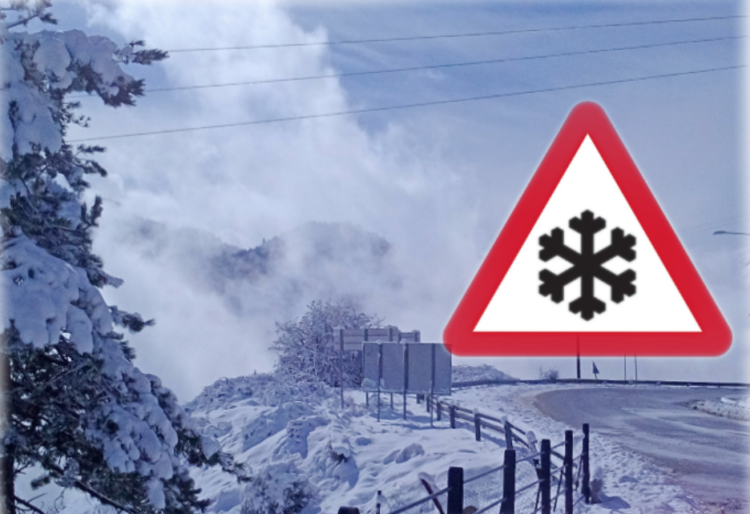 Greece’s National Meteorological Service (EMY) on Friday issued two separate weather warnings for the next three days regarding severe weather and particularly strong winds which are expected to sweep across many parts of the country in the coming days.
The severe weather will prevail from Sunday, January 5 through Tuesday, January 7.
According to EMY’s ”Extraordinarily Dangerous Weather Report,” all of the country’s mountains are expected to see large amounts of snow on Sunday.
Locales at relatively low altitudes across the mainland are also expected to see snowfall on Sunday, as well as the islands of the northern and central Aegean, including Euboea (Evia).
The lowlands and plains in the regions of Macedonia, Thessaly and Thrace will also experience snowfall that day.
Areas in Greece’s Sterea region as well as in the Eastern Peloponnese will see severe snowstorms, at altitudes from 200-400m (656 to 1,312 feet) and higher.
These locales in the Eastern parts of the mainland will also experience major snowfall on Epiphany Day, on Monday.
Higher areas on the island of Crete will also see large amounts of snow on Monday.
The snowfall in these areas is not expected to end before the evening on Tuesday, January 7.
Meanwhile, winds in Greece’s Aegean Sea will be particularly strong, locally reaching 10 on the Beaufort scale.
This will most likely mean that there will be no sea communication or transportation between the mainland and the islands for several hours.
Areas in the eastern and southern mainland of Greece, as well as the islands which will not experience snowfall, will still have to deal with particularly severe storms at times between Sunday and Tuesday.
Temperatures will remain low in most parts of the country for the next several days.
Strong and persistent frost is expected throughout the mainland, particularly in Macedonia and Thrace, on Sunday and Monday.