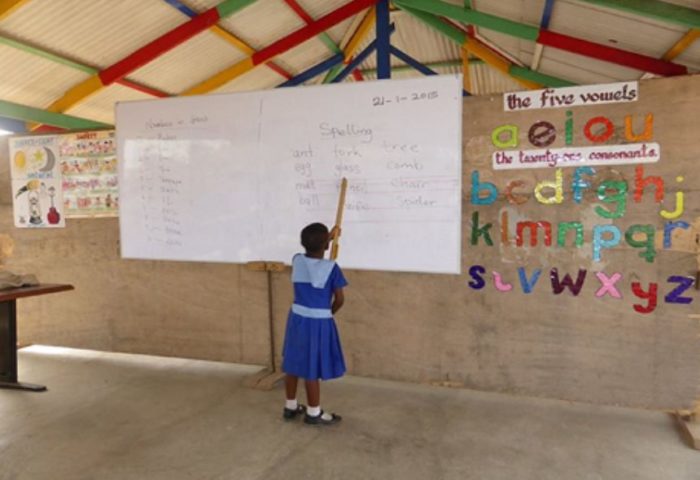 The project’s total cost of approximately $35,000 was financed by Mytilineos S.A., a Greek-based industrial conglomerate and the parent company of Metka Ghana.

The agreement for the ambitious project was signed in July of 2019, and the project was complete in less than six months.

This major upgrade was vital to the school so that it could augment its capacity and educate more students in the impoverished area, where few children are otherwise able to attend elementary school.

Built next to the shrine of Saint Nicholas, the patron saint of children and seafarers and one of the most popular and beloved saints among Greeks, the school was established in February of 2012 to help the local community and its most vulnerable members.

Built on land donated by the Tsakos Group, with major funding from the Maria Taskos Foundation, its motto is the phrase ”Every Child has a Right to Education.”

The Preparatory School of Saint Nicholas, as it is officially named, began operation with just 28 pupils, ranging from between four to six years of age. However, the school proved to be so successful that it managed to grow rapidly right from the start.

Work is currently in progress to construct a kitchen and dining area for the young students as well.

Today, Saint Nicholas Preparatory School in Tema New Town, Ghana, has gone far beyond its original aims. It now instructs more than 150 students, who learn both the Greek and French languages along with a wide variety of other subjects.