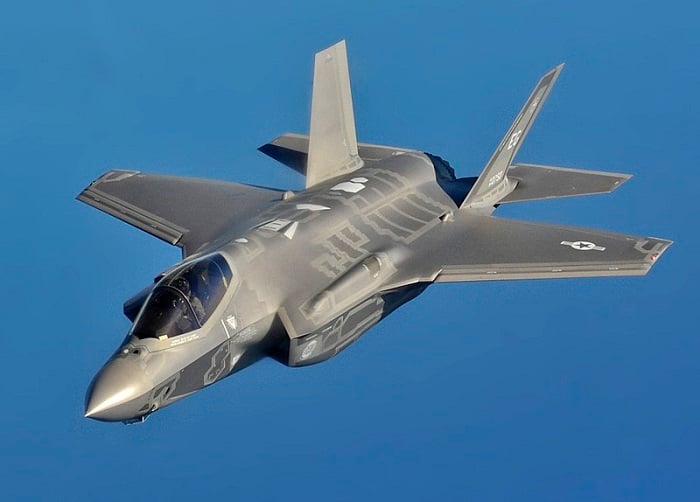 Greek premier Kyriakos Mitsotakis announced in an interview published on Sunday that he will raise the possibility of Greece acquiring the state-of-the-art F-35 fighter jets during his meeting with President Trump at the White House on January 7.
“We can deepen our defense cooperation even further, for example in the sector of drones. We will also begin a discussion on eventually acquiring F-35 aircraft, once fiscal conditions permit,” Mitsotakis said, speaking to Greek newspaper To Vima.
The F-35 is a stealth, fifth-generation, multirole combat aircraft, designed for ground-attack and air-superiority missions. It is built by Lockheed Martin and many subcontractors, including Northrup Grumman, Pratt & Whitney, and BAE Systems.
Washington is threatening to remove Turkey from the F-35 program due to its purchase of the S-400 Russian air defense system.
The National Defense Authorization Act (NDAA) which was passed by Congress and is now awaiting the President to sign it into law prohibits the transfer of the F-35, or its parts, to Turkey over its purchase of the Russian S-400 anti-air missile system.
The Greek premier also said that Greece and the U.S. were now “closer than ever” and that Greece, as a reliable ally of America, expects that this be confirmed through actions — not just words.
Mitsotakis hailed the vote on the East Med Act as a “historic development” and said that U.S. support for the East Med pipeline project acknowledged the necessity of diversifying energy supply sources to Europe.
Combined with the Alexandroupolis Floating Storage and Regasification Unit (FSRU), this places Greece well and truly on the global energy map, he added.
“With President Trump we will talk about investments. He is known for his business acumen. I am certain that he won’t want American businesses to miss the opportunity of participating in Greece’s success story!” Mitsotakis added.

The Destruction of Smyrna: When Hellenism was Brutally Erased from Asia Minor