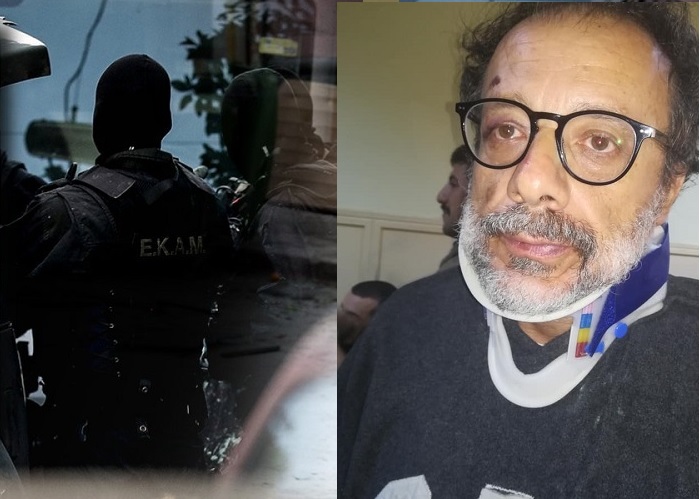 The chief prosecutor of Athens’ district courts on Thursday ordered an emergency preliminary investigation over reports of police violence during operations to evacuate squats in the district of Koukaki.
In an operation on Wednesday morning, Dimitris Indares, a Greek filmmaker, and his two sons residing in a house next to a squat on Matrozou Street were arrested on the roof of their own home by Greek riot police. 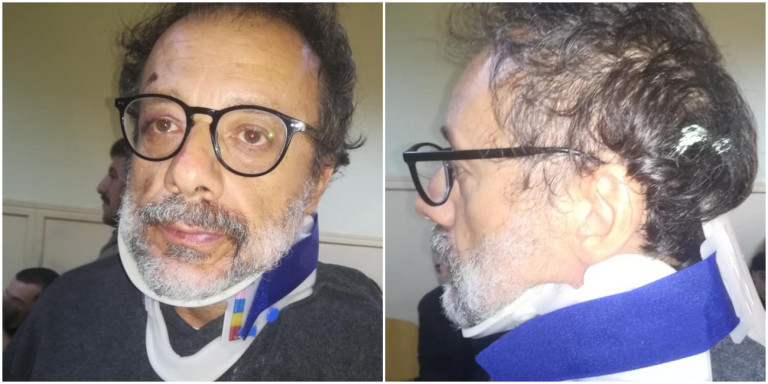 Indares, who was beaten and bruised by the riot police, was taken to hospital and released wearing a cervical collar. The filmmaker posted photographs of himself on social media after the ordeal.
Photographs show that he and his two sons were handcuffed and forced to sit on the terraced roof of their own house, despite their protestations that they had nothing to do with the squat next door. 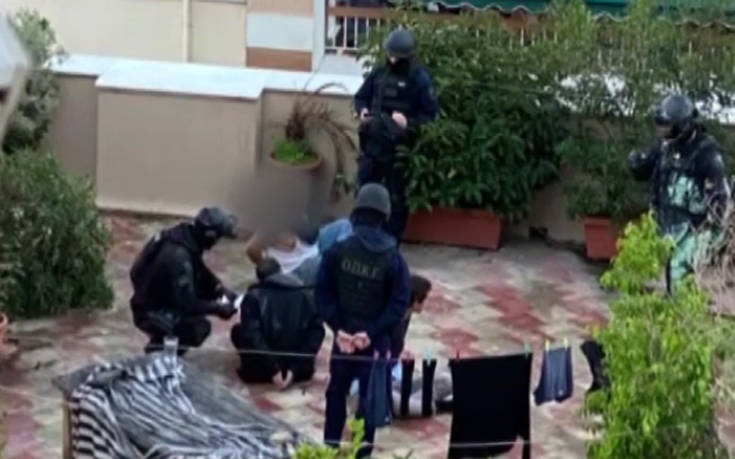 A dramatic video aired on Open Channel showed Indares on his knees shouting at the riot police and asking why they had tied his hands, telling them that they were acting worse than the anarchists. He also said that Greece has been in a perpetual state of civil war.
“Tying is humiliation. Untie us. I can’t take it anymore,” Indares is heard shouting at the officers.
“You behave like anarchists who burn shops out of a caprice. What you do is worse. Why have you tied us? No one is resisting you,” Indares is heard saying to the officers.


According to the filmmaker’s wife, who spoke to Antenna TV, the riot police knocked on their door early in the morning requesting passage through their ceiling and roof to the squat next door.
The father of the family asked the officers whether they had a search warrant and said that he would willingly let them through if they produced one.
“We were standing at the windows and watching what was happening. At some point we heard footsteps on the terrace and my husband and my son went up to see what was going on. The riot police were on the roof and my husband asked them again whether they had a search warrant.
“In response they were beaten, and were tied on the terrace. I went upstairs to see what was going on and they threatened me. They told me to shut up and leave… I saw a riot policeman kneeling on my son’s head,” the woman said.
Sources in the prosecutor’s office said that three prosecutors were present during the operation.
Indares said that when police first attempted to enter, a prosecutor was not there, but then three of them arrived.
The police say that Indares’ two sons were in the squat when officers tried to get in and that they took part in attacks on officers.
When police got into the building, the pair fled to the roof and from there to the roof of their father’s home, police said.
But people claiming to be the occupants of the building targeted said the family members who were eventually arrested had nothing to do with their squat.

In a declaration posted on an anti-establishment website on Thursday, the group calling themselves “Community of Koukaki Squatters” said that when officers realized the squatters had fled the building on 45 Matrozou Street, they “targeted the first house they found in front of them.”
“And because they couldn’t find them (the squatters) they had to make them up to targeting random individuals,” the group, whose members’ identities have not been verified, added.
The squatters admitted to hurling “furniture, electrical appliances, stones and fire extinguishers” against the officers, who responded with what they believed to be rubber bullets.
The incident rekindled a dispute between the government and main opposition SYRIZA party,, which claims that the government’s law and order policy has led to an increase in incidents of police violence and brutality.