TechNews
GreekReporter.com Greece The Greek Man Who Brings Light to The World's Most Beautiful Christmas... 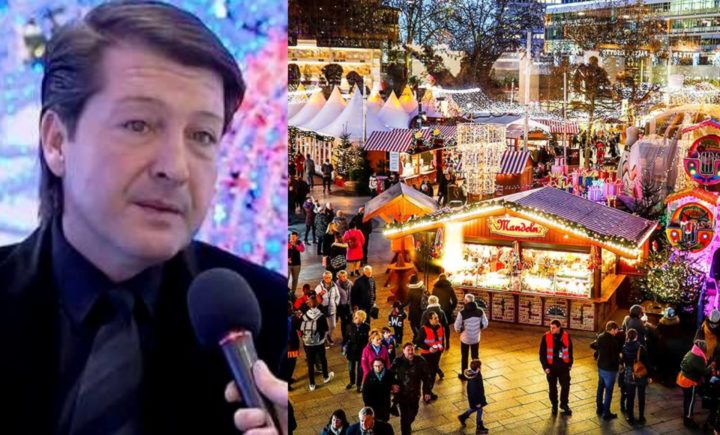 Giannis Paleochorinos is a Greek businessman who has, over the course of decades, become the man whose business supplies the most spectacular Christmas markets of the world with their most valuable element: lights.
Christmas is the time of the year when everyone wants to travel to glittering capitals of the world, such as Vienna, Berlin, Barcelona, or even Dubai and Istanbul, to take part in a unique holiday experience.
Millions of lamps and twinkling lights, golden orbs, stars, and dozens of other unique Christmas adornments decorate central squares and streets in Europe and beyond, turning cities into fairytale scenes during the very darkest weeks of the winter.
Paleochorinos, who began his business from a basement apartment in Thessaloniki many years ago, now operates five different light production facilities, both in Greece and in Bulgaria, and exports his products around the globe.
“Our aim is to produce bright decor… We sell our products in 80 countries around the world, we have decorated the world’s largest shopping malls, the largest cities and the largest airports in the world, from Heathrow to Las Vegas,” the Greek businessman told state-run AMNA news agency.
The city of Berlin in Germany has been Paleochorinos’ largest client for years. His company started working with Berlin in 1996 and has been adorning the city every year since with its glittering array of decorations.
“Berlin is now an important Christmas destination with lots and lots of festive lights. Imagine that during the last five years, there are even Christmas tours taking place by bus in Berlin, so that tourists can enjoy the Christmas decoration of the city,” Paleochorinos says.
Apart from Berlin, the 49-year old Greek businessman’s lighting products also bejewel the city centers of Belgrade and Istanbul and some parts of Athens as well.
His company stopped selling products in Greece during the years of the financial crisis, but Paleochorinos hopes that this year’s return to the Athens market will signal a brighter future for his company in Greece as a whole.

Each year, hundreds of people gather on Mount Olympus for the annual Promitheia festival dedicated to the Ancient Greek spirit.
Greece

Scientists have reached the conclusion that the Minoan volcanic eruption of Thera (Santorini) occurred at around 1560 BC.