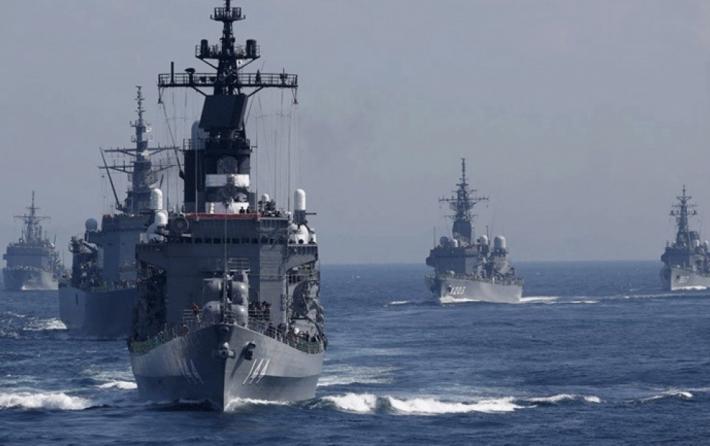 The naval forces of the nations of France, Italy and the Republic of Cyprus will conduct a tripartite maritime cooperation exercise on Thursday called “CYP/FRA/IT 2019,” the Cypriot Ministry of Defense announced on Wednesday.
The three European Union nations will conduct their joint military exercise inside the exclusive economic zone (EEZ) of Cyprus, south of the island.
The three naval forces will conduct “PASSEX”-type exercises in the maritime area south of Cyprus and within the EEZ of the Republic, in the framework of their defense cooperation, as Cyprus continues to strengthen its diplomatic and military cooperation with friendly states both from inside and outside the EU.
French, Italian and Cypriot forces will take part in all aspects of the drill, in order to improve the operational capabilities of their crews, enhance communication and understanding and promote a spirit of cooperation, the Cypriot Defense Ministry announcement concludes.
The exercise is seen by many analysts in Europe as a direct response to Turkey’s recent aggressive behavior in the Eastern Mediterranean.
”Within our continental shelf, no one can conduct an activity,” Turkish FM Says
Meanwhile, Turkish Foreign Minister Mevlut Cavusoglu repeated his country’s position that the recent agreement between Ankara and Tripoli does comply with international law.
According to the state-run Anadolu News Agency, the Foreign Minister stated “Within our continental shelf, no one can conduct an activity without our permission; if it happens, we will prevent it.”
Italy Supports Greek and Cypriot Position
At the same time, Italian Prime Minister Giuseppe Conte told the Italian Parliament on Wednesday that Rome favors a European response that will support the interests of Cyprus and Greece.
“Italy, of course, continues to agree with European support for Cyprus,” Conte noted with particular emphasis.
The Italian Premier also pointedly remarked that following Turkey’s recent agreement with the Government of National Accord of Libya, ”It is important for the European Council to reaffirm its support for the EU member states in the eastern Mediterranean, as well as for full respect for international law.”