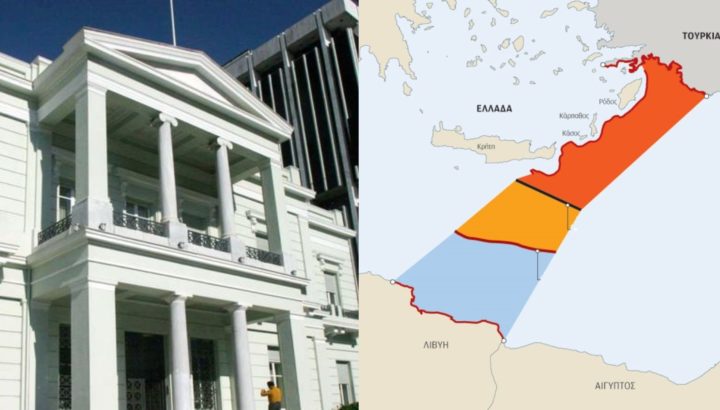 Greek diplomatic sources on Thursday said that Greek authorities have finally obtained the text of the memorandum of understanding on maritime zones recently signed by Turkey and Libya.
The same sources said that this text was not provided to Greece by the Libyan side, a direct innuendo that someone from the Turkish side leaked it.
The Greek diplomats also declared that “The content of the memorandum is contrary to the provisions of the international law of the sea,” after they had read the accord.
Earlier on Thursday, Fuat Octay, the Vice President of the Turkish government, had said that the country’s parliament will vote on the new accord very soon.
This happened the same day the Turkish official said that since Ankara’s parliament ratified in the evening the pact laying out the two countries’ maritime boundaries, as they claim, in the eastern Mediterranean Sea.
The copy obtained by Greece shows a map along with a series of latitudinal and longitudinal lines, between which Turkey and the government of Libya claim to be their shared maritime borders.
These lines are extremely close to the Greek islands of Crete, Karpathos and Rhodes.
Up to this moment, not one nation on the international stage has shown the slightest approval of the Turkish-Libyan deal, with the US, the EU, Russia and Israel having already expressed their disagreement with the scheme.
You can see the entire text of the Turkish-Libyan memorandum of understanding by clicking here