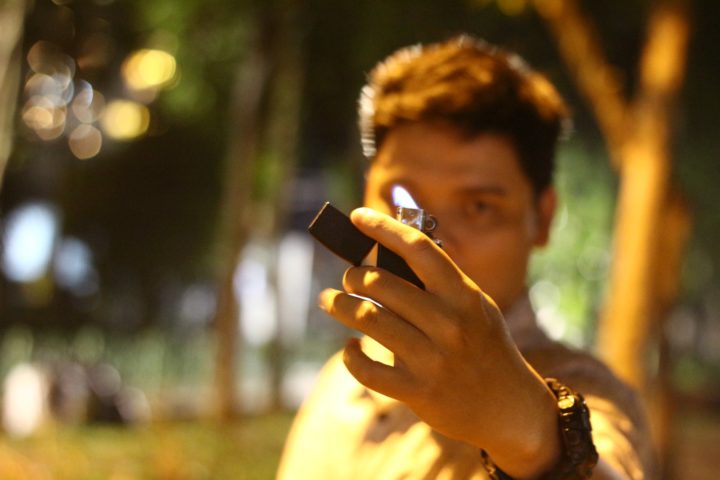 As surprising as it may sound, the recently reinforced universal smoking ban in Greece’s public places has been strictly enforced and thousands of Greek smokers seem to be abiding by the new law.
This new — for Greek society, at least — reality has brought to the country a trend that was originally spotted in other nations which enforced smoking bans years ago.
Its unlikely name is ”smirting.”
Comprised of the words ”smoking” and ”flirting,” smirting describes the boost in flirting recorded in countries that have banned smoking in public spaces.
Smirting was first mentioned way back in 2004 when Ireland introduced its first anti-smoking legislation — (yes, this is how belated Greece has been in enforcing its own anti-smoking laws.)
The Irish realized that most people, instead of getting to know each other inside the pubs, did so outside, during their quick breaks to smoke their beloved cigarettes.
The exact same phenomenon has been spotted across Greece during just the last few weekends.
Scores of people are now lingering outside pubs, bars, clubs, restaurants and tavernas, making the entrances of these places even more lively and happening than their indoor spaces!
Of course, along with this short smoking break, Greeks discovered a great opportunity to practice their important flirting skills while being outside.
Scientific studies have shown that when people experience a negative situation together (in this case, being obliged to stay out in the cold to smoke) their self-confidence is automatically boosted.
This psychological effect has led Greek smokers to start talking to each other, to ask for a lighter for instance, and begin conversations which under different circumstances might not even have happened at all.
So what remains to be seen is not just whether Greece’s new smoking ban will survive over time, but also if Greek citizens will begin to get to know each other better due to this new legislation and the camaraderie it has created.