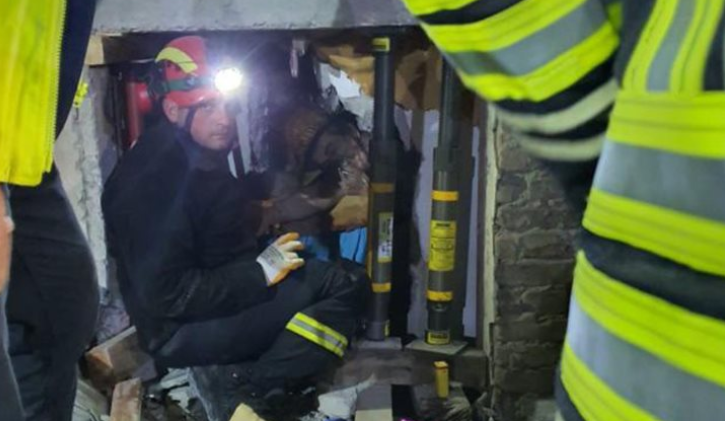 A video was published on Wednesday from Durres (Dyrrachium), Albania depicting how Greek rescuers saved a man who had been trapped under tons of debris.
The entire vicinity of Durres suffered a tragic blow in Tuesday’s earthquake, which measured 6.4 on the Richter scale.
The video was shot by a reporter from the website himara.gr, which caters to the Greek minority living in Albania.
The footage shows the dramatic moments when a group of Greek members from the country’s natural disaster management forces (EMAK), together with their Albanian counterparts, save a man who had been trapped under tons of debris, but was still alive.
According to media reports, the fortunate man was a 24-year old who had somehow managed to survive in a small space made by the fallen debris. Despite that, he was still pinned down for many hours, surrounded by massive slabs of broken concrete from the collapsed building in which he had been living.
Greek rescuers gave him an oxygen mask to assist his breathing while they worked out how to extract him from the small space in the debris in which he was pinned.
A total of two groups with a number of men from Greece’s EMAK team has been at work in Albania, alongside Albanian and other nationals who went to assist the local authorities in the Balkan state, since the quake.
Greek Premier Kyriakos Mitsotakis ordered the immediate departure of EMAK units to assist the Albanian authorities on Tuesday morning, only hours after the earthquake shook the Durres area.