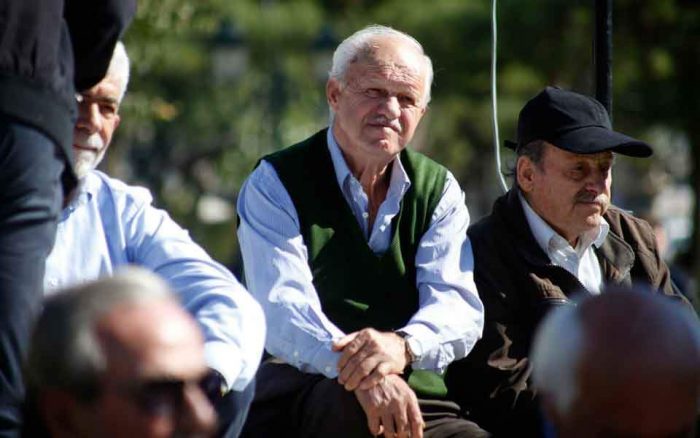 The European Statistics Agency Eurostat published an interesting study recently about the levels of social protection across the European Union.
The study presents valuable information not only about the total expenditure each member state spends to protect the most vulnerable in society, but also the different sectors and population groups to whom this money is allotted.
The data published, which concern the year 2017, highlight two crucial factors: The first is the massive difference from one member state to the other regarding social protection. And the second is that, despite the financial crisis of the last decade, the EU on average is still the region with one of the best social protection systems in the world. 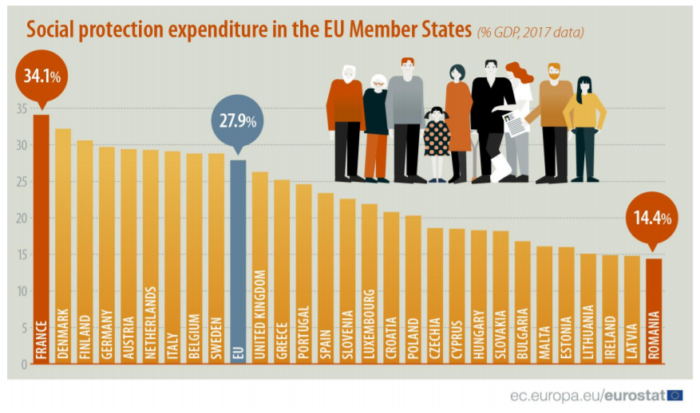 Greece comes first in the European Union in the share of its social protection expenditure among pensioners.
Fully sixty-three percent of the entire amount the country spent on social protection in 2017 was used to pay pensions. The nations of Portugal and Italy followed, with 58 percent each.
But perhaps the most glaring difference is that Greece ranked among the bottom of all EU member states when it came to benefits for the unemployed, as well as young couples, children, the disabled and those suffering from illnesses.
For example, sickness, health care, and disability benefits accounted for 37 percent of total social benefits on average throughout the European Union in 2017.
The same figure was only 26 percent in Greece, while countries such as Ireland and Germany spent nearly half of their total expenditure on individuals in these categories, at the rates of 45 and 44 percent respectively.
All these findings do not come as a surprise.
It has been well-known since the beginning of the financial crisis that Greece’s rapidly aging population, along with the unjustifiably-high pre-crisis pensions some parts of Greek society were enjoying, led the country’s social expenditures to be dominated primarily by pension handouts rather than benefits to the most vulnerable.