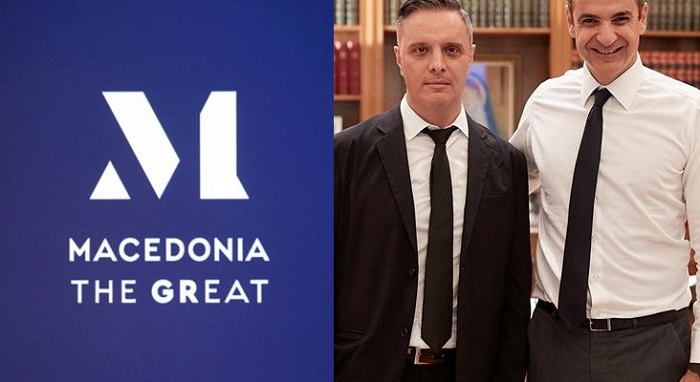 Former Google executive-turned Greek government adviser Steve Vranakis has been credited for the creation of the new, official commercial trademark which will be used for all products originating from Macedonia.
Vranakis, who was hired recently by the conservative government as the “Chief Creative Officer” of Greece, was named on Friday as the mind behind the trademark by Theodoros Karaoglou, the minister for Macedonia-Thrace.
Karaoglou revealed that a number of initial designs had been rejected by the Prime Minister’s office before Vranakis took over the reins and completed the project.

The former Google executive was photographed standing next to Prime Minister Kyriakos Mitsotakis during the unveiling of the official trademark in a ceremony in Thessaloniki on Thursday.


Before his hiring by the Greek state as an executive in charge of rebranding, Vranakis had worked at Google Creative Lab since 2011. His projects include the “Assembly of Youth” installation, which gave disadvantaged young people a voice at the United Nations, and the “Refugee Info Hub,” a mobile information platform for Syrian refugees.
Before Google, he spent eight years working at London’s creative advertising agency VCCP, overseeing campaigns for the O2 Stadium, Coca-Cola and Comparethemarket.com.
Vranakis, who comes from a Greek family, grew up in Vancouver, Canada, before moving to London to work there for a number of years.