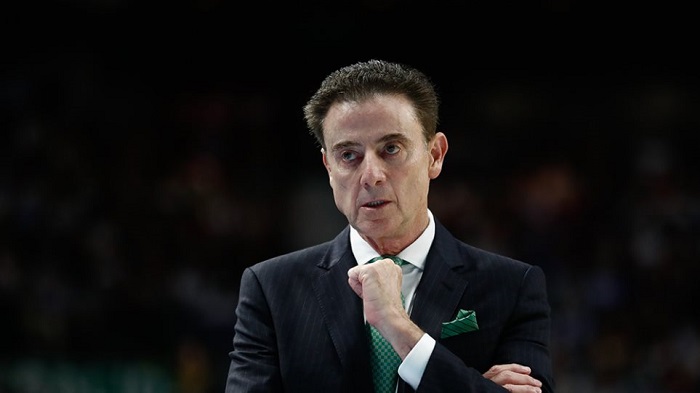 Legendary American basketball coach Rick Pitino agreed on Friday to coach the Greek national team as it attempts to qualify for the 2020 Summer Olympics, to be held in Tokyo.
The highly-regarded coach held meetings with the Hellenic Basketball Federation today, during which it was agreed that he will assume his post next May.
“We are honored to have a coach of such caliber coaching Greece,” said George Vassilakopoulos, the head of the Federation.
Before flying to Athens, Pitino had already shared that he was excited at the prospect of coaching the Greek national team.
“It’s very exciting. It would be a hell of a thing to walk out in a (Opening Ceremonies) parade in Japan. That would be something really, really special if we could do it,” he mused.
Pitino led Panathinaikos to a Greek League championship last June after taking charge of the Athens-based team in mid-season. Citing family considerations –- a pregnant daughter, an ailing grandson -– he declined to return again for a second season, however.
Out of the 24 nations which will compete for the four remaining Olympic qualifying spots from June 23-28, 2020 only Serbia sits higher than Greece in the rankings.