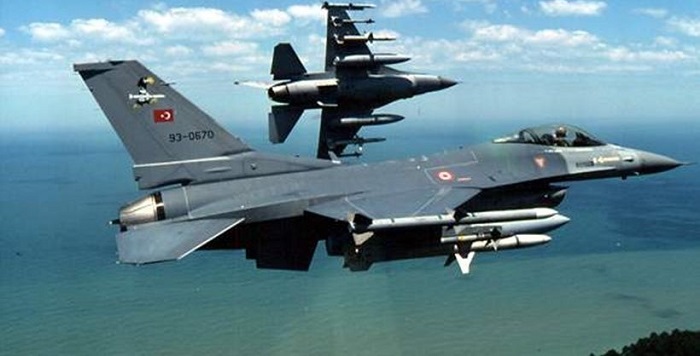 The Greek General Staff announced on Tuesday that the number of incidents of Turkish aircraft violating the country’s airspace over the Aegean in the first ten months of 2019 has reached 3,954.
According to the data released, this constitutes the highest number of recorded violations since 1985. It is more than likely that, for the first time ever, separate incidents of Turkish violations of Greek airspace will climb over 4,000 in the year.
In 2018, Greek authorities recorded 3,705 Turkish aircraft violations, while 3,317 incidents were recorded in 2017.
On Tuesday alone, 18 separate violations were recorded in the Aegean, all committed by a pair of Turkish F-16s in the southeastern Aegean.
NATO, of which both Greece and Turkey are members, is maintaining its longstanding policy of “equal distance.”
Jens Stoltenberg, the alliance’s General Secretary, who visited Athens earlier in October, stressed that “it is not NATO’s role to take sides on international issues.”
Aegean airspace is one of the major, outstanding disputes between Turkey and Greece. Greece claims ten nautical miles (19 km) of airspace away from its coastline, including that of all the islands which it owns.
Turkey denies Greece’s claims, saying that the sea-based boundaries also define the limits of its national airspace.