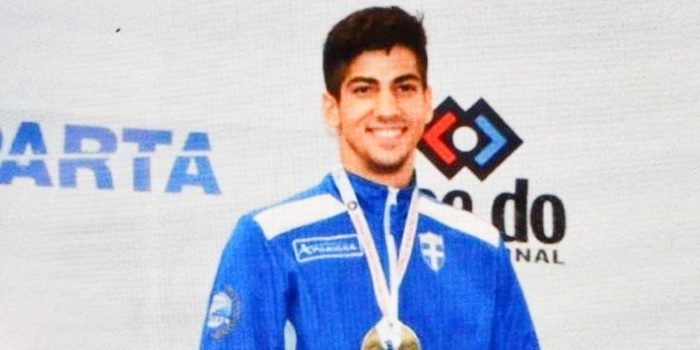 Greek young athlete Stefanos Xenos won the gold medal on Saturday in the category of U21 Male Kumite -60kg, during the Under 21 Karate World Championship.
The Greek karateka managed to defeat  Meshari Alzuabi, from Saudi Arabia, 4-1.
Xenos, who is also the current European Champion, showed strength and determination, managing to secure another victory.
The game began with Xenos losing 0-1 but he soon changed the course of the game, securing the gold medal.
The XI WKF Junior, Cadet & U21 Championships took place in Santiago, Chile between October 23 and 27.