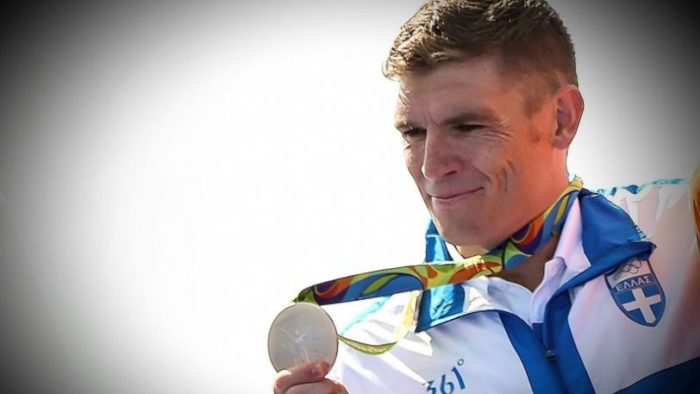 The International Marathon Swimming Hall of Fame announced on Saturday that Greek swimmer Spiros Gianniotis will be inducted into the Swimming Hall of Fame in 2020.
Gianniotis will become the second Greek swimmer to be a member of the Hall of Fame, after Jason Zirganos, who was honored back in 1971.
Gianniotis has competed in every Olympic Marathon event since 2008.
In the 2008 Beijing Olympics, he came in 16th place. In the 2012 London Olympics, he finished in the 4th place, when he missed the bronze medal by only five seconds.
In 2016 during the Olympics in Rio de Janeiro, he finished second, winning the silver medal.
In an amazingly close race, the 36-year-old Greek managed to achieve exactly the same time as Ferry Weertman from the Netherlands, 1:52:59:8.
The Gold-Silver determination was made by a photo-finish. Weertman was awarded the gold and Gianniotis the silver. In the best tradition of sportsmanship, Gianniotis stated to Greek state ERT TV that the gold for Weertman was justified. He further blocked the Greek Olympic Committee from protesting the awarding of the medals.
Gianniotis has also won two FINA 10km Marathon World Championships, in 2011 in Shanghai and in 2013 in Barcelona.
He also came in third in the 2015 FINA World Championship.
Gianniotis also has a successful swimming career in the pool, competing at Olympic, World Championship and European Champions levels.
The ceremony for the honored swimmer for the class of 2020 will take place in New York City on May 2, 2020. The International Marathon Swimming Hall of Fame is located in Fort Lauderdale, Florida.