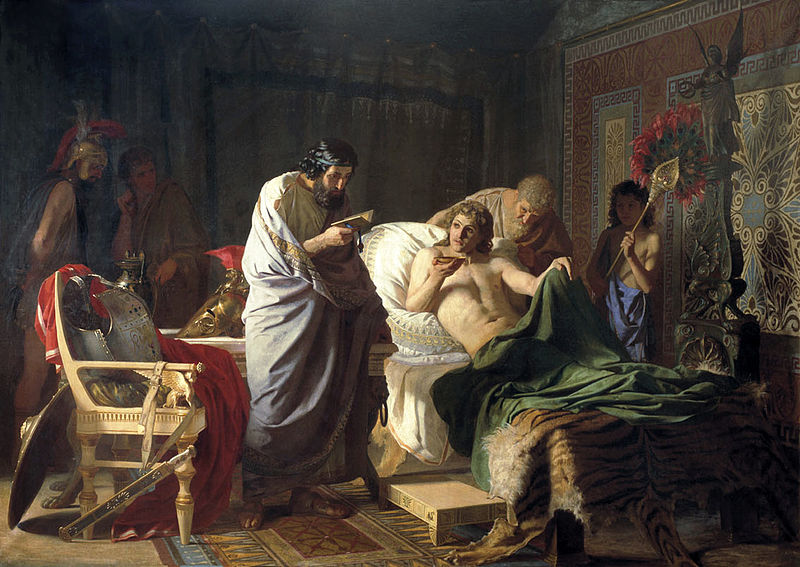 Alexander the Great died of pancreatic necrosis, not from any other disease previously speculated about, such as malaria or pneumonia, according to the results of a new Greek study Sputnik reports.
Dr. Thomas Gerasimidis, Professor of Medicine emeritus at the Aristotle University of Thessaloniki, has been studying the possible cause of death of Alexander the Great since 1995.
In the course of his study, he has rejected several theories, focusing on the painstakingly-described symptoms the great conqueror showed in the very last days of his life.
The conclusion Gerasimidis has reached after decades of study is that Alexander the Great died of acute pancreatic necrosis. This condition is believed to have been caused by cholelithiasis, or gallstones, in combination with a heavy meal and a large quantity of wine.
The professor and his team read all the sources which describe the last days of Alexander the Great, from historians such as Arrian, Ptolemy, Plutarch, Quintus Curtius and others, in order to record the description of his condition and the symptoms he showed. Alexander’s illness lasted only fourteen days.
“The onset of the symptoms was (characterized by) severe abdominal pain after a rich meal and wine, followed by fever, and a daily progressive, fatal degradation over fourteen days,” Dr. Gerasimidis was quoted as saying by Sputnik.
On the first day of his illness, Alexander suffered severe abdominal pain accompanied by a high fever, so the doctors induced vomiting, which was the accepted treatment at the time. Cold baths then followed, apparently in an effort to get the patient’s fever to drop.
On the second day, Alexander was exhausted and shivering, while still suffering from abdominal upset. However, he traveled to the palace of Midios, the military man who had replaced his friend Hephaestion, who had died, and again ate a heavy meal and drank a great deal of wine while there.
On the third day, Alexander’s high fever continued with more sweating and chills, while he also began to experience difficulty in breathing, and acknowledged that he felt exhausted.
In the following days, the great conqueror’s health deteriorated even further, with high fever and jaundice, while he also experienced difficulty in communicating, accompanied by delusions.
Finally, on June 13, 323 BC, at the young age of 33, Alexander the Great died of severe sepsis caused by pancreatic necrosis, Dr. Gerasimidis writes in the summation of his research. 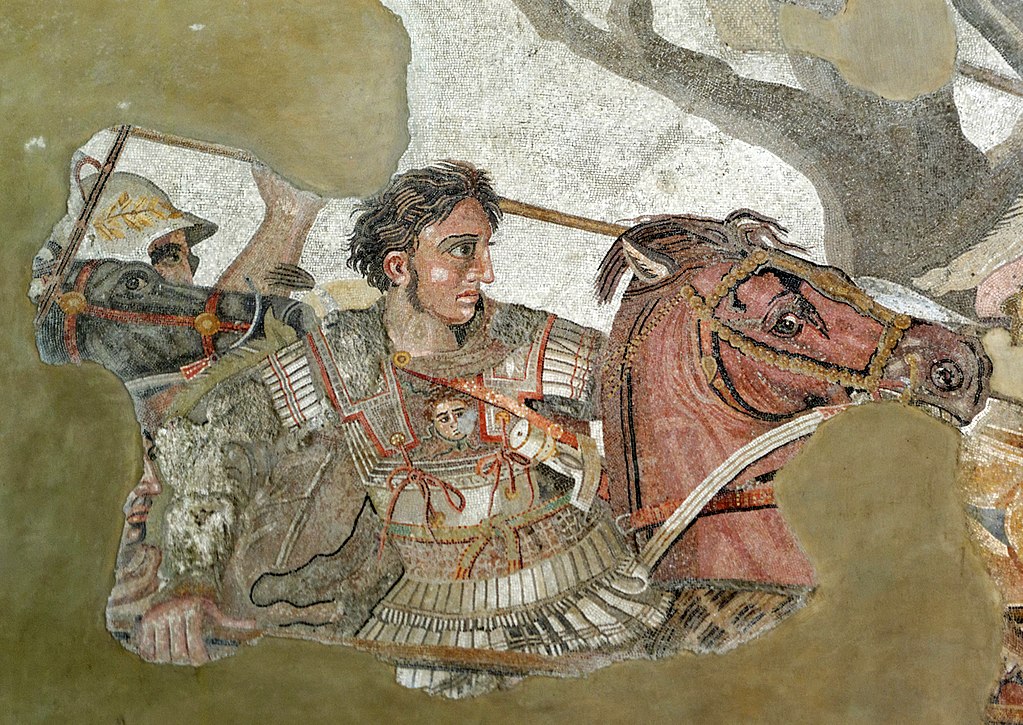 Other theories rejected
Dr. Gerasimidis’ research and belief that Alexander the Great died of pancreatic necrosis led him to rule out previous theories about the great conqueror’s death.
The theory of malaria was ruled out because, even though its main symptom is fever, Alexander’s fever was not the type associated with malaria. No fever response intervals were reported, which could indicate tertiary or quadratic fever.
In addition, malaria usually does not cause death in this way, or so soon after its onset.
The pneumonia theory was also rejected by the Greek team of scientists led by Gerasimidis as he argues that pneumonia rarely causes abdominal pain even though it shows symptoms of fever.
Dr. Gerasimidis also ruled out typhoid fever, since there was no epidemic at that time, and Alexander is not reported as having experienced diarrhea before his abdominal pain.
Similarly, the theory of the West Nile Virus was rejected because it causes encephalitis rather than abdominal pain and delirium.
There has been a recent suggestion that Alexander the Great suffered from Guillain-Barré Syndrome, a rare disorder in which the body’s immune system attacks the nerves, causing symptoms including weakness of the limbs, leading to full paralysis.
The fact that Guillain-Barré Syndrome is often preceded by an infectious illness such as a respiratory infection or the stomach flu led scientists to believe that this could have been Alexander’s cause of death.
Still, as Dr. Gerasimidis argues, the main symptoms the Greek conqueror exhibited were high fever and abdominal pain.
The researcher also refuses to accept the theory that Alexander died of depression because of the death of Hephaestion, his best friend and a general in his army. Depression had weakened his immune system, one theory says, making him vulnerable to infections.
However, the Greek scientist says that Alexander did not suffer from debilitating depression by any means. Quite the contrary, he argues, even in the early days of his illness Alexander was still working with his generals to plan his next campaign.
Source: Sputnik

An earthquake measuring 6.0 on the Richter scale shook central Greece near the town of Elassona at 12:16 local time on Wednesday.
Greek News