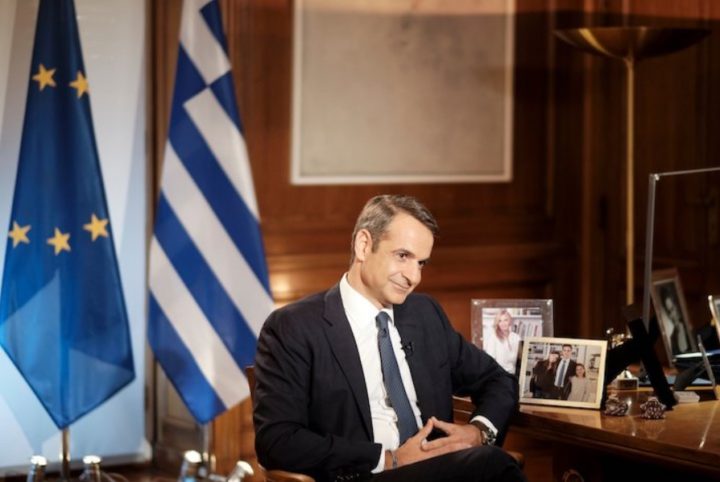 Speaking to ANT1 TV and journalist Nikos Chatzinikolaou, Greek Prime Minister Kyriakos Mitsotakis said on Monday evening that he is ready to compromise on the issue of Greek expats‘ right to vote from their place of residence.
”We are trying to make it easy,” the PM noted, explaining that ”anyone who is on the electoral roll can come to vote, but we should stop obliging someone to feel like he has to pay €1,000 or €2,000 to come to Greece in order to vote.”
Mitsotakis seemed ready to withdraw his party’s support for the system of the postal vote, succumbing to smaller opposition parties, including the Communists, who believe that Greek expats should have to vote in person in Greek embassies and consulates, rather than sending an envelope with their vote.
Many believe that this is a more effective way of safeguarding the result, since it is a method which is already in use.
Greeks across the EU can vote for Greek candidates in European elections by visiting a Greek embassy or consulate inside the EU, so the country has the know-how to deal with such procedures.
Mitsotakis said, however, that expats’ votes will count in the overall election results, a concept that the main opposition SYRIZA party continues to strongly oppose.

As Greek law on citizenship is based on the ”Jus Sanguinis” principle, or the ”Right of Blood,” millions of people could theoretically obtain Greek citizenship and therefore, be able to vote in future national elections in Greece, despite the fact that they may have never set foot in the country.
The right of blood principle allows descendants of Greeks, who currently have another citizenship, such as American for example, apply and obtain Greek citizenship, on the grounds of their ancestors being born in Greece.
SYRIZA fears that this could dramatically alter the will of the Greek people who live or work in, or at least have some kind of personal connection with, the motherland.
However, Prime Minister Mitsotakis is determined to go ahead with his proposal, which appears to be supported by all other Parliamentary parties, other than SYRIZA.
The specific technicalities of the bill are not yet known, and it is exactly those finer points which are expected to determine whether the expat voting issue will garner more than 200 positive votes in the Greek Parliament — as the law requires — or not.