GRNews
GreekReporter.comGreeceUN Reveals Extent of Increase in Migrant Arrivals in Greece in 2019 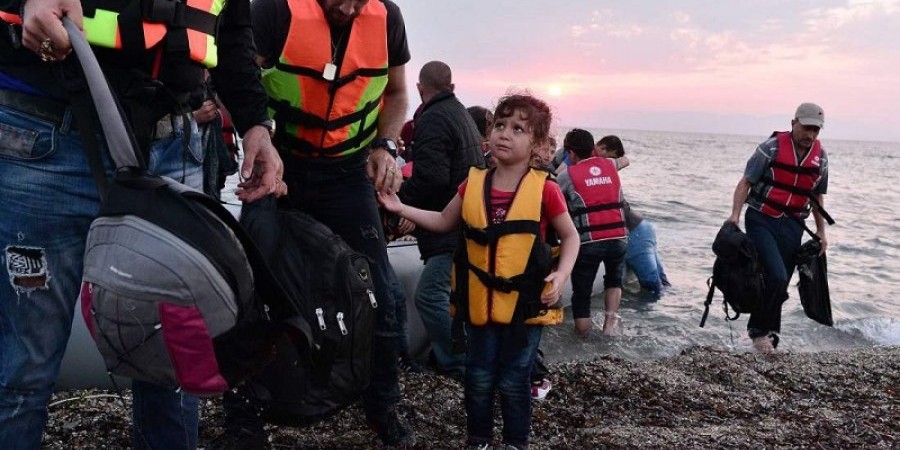 A UNHCR report released on Monday, entitled “Desperate Journeys,” revealed the extent of the increase in refugee and migrant arrivals to Greece since the beginning of 2019.
The largest number of refugees and migrants reaching Europe this year came by crossing over from Turkey to Greece, mostly by sea, the report noted.
The most shocking figure is about the children who continue to arrive on Greece’s shores.
During 2019 alone, more than 12,900 children have arrived to Greece by sea, including nearly 2,100 unaccompanied or separated children. The majority of them came from Afghanistan, Syria, and Iraq, countries characterized by conflict, violence and violations of human rights.
As of September 20, 2019, more than 80,800 refugees and migrants had landed in Greece via the three main Mediterranean routes to Europe, which represents a 21 percent decrease compared to the same period last year.
The three main Mediterranean routes to Europe are the Western, which includes Spain; the Central, which includes Malta and Italy; and the Eastern, which includes Greece, Cyprus, and Bulgaria.
During the first nine months of the current year, some 46,100 individuals arrived in Greece, while 23,200 reached the shores of Spain and 7,600 arrived in Italy.
In addition, approximately 1,200 migrants arrived by sea on the island of Cyprus alone, along with some 2,700 people who landed on the shores of the tiny island of Malta.
The summer months of July, August, and September, 2019 saw an impressive spike in migrant arrivals to Greece, with more than 9,300 individuals arriving in August and a further 12,500 in September, mostly from the nations of Afghanistan and Syria.
However, these figures are far below the stunning number of 309,900 migrants who reached Greek shores between July and September of 2015, the majority of whom traveled onward to Northern Europe.
Arrivals at the Greece-Turkey land border along the Evros River region have decreased by 30 per cent compared to last year.
Reasons for the decrease appear to be due to the increased preventative measures taken on each side of the border as well as Greek “push-backs” to Turkey, a practice that the Greek authorities deny is taking place.
The United Nations in its report states that it believes that the majority of people arriving illegally in Greece are fleeing conflict, persecution and human rights violations.
Those coming to Greece’s shores are originating mainly from Afghanistan and Syria but also from the Democratic Republic of Congo, Iraq, and Palestine.
The UNCHR report highlights that many of these people are in need of international protection and should be given prompt access to asylum procedures so that their claims can be processed fairly and efficiently.
The deterioration in the numbers for 2019 is depicted in the figures showing how many refugees and migrants now find themselves stuck in migrant camps on Eastern Greek islands.
As of September 30, 2019, nearly 30,700 refugees and migrants were living on the Greek islands, of whom some 25,900 were staying at the five official Reception and Identification Centers of the Eastern Aegean Sea islands.
This number is almost five times greater than the Centers’ maximum capacity of 5,400.
With information from AMNA