GRNews
GreekReporter.comGreeceGreek Olive Oil Industry Holds Its Breath After US Given Green Light...

Greek Olive Oil Industry Holds Its Breath After US Given Green Light to Impose $7.5 Billion in Tariffs 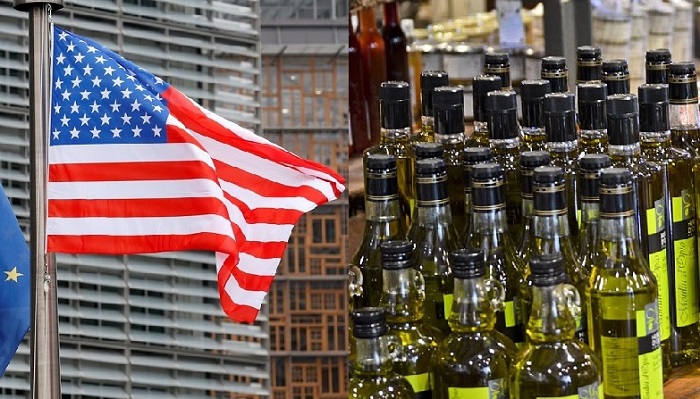 The Greek olive oil industry is waiting anxiously to find out whether its iconic products will be included on the list of items subject to tariffs, after Wednesday’s decision by the World Trade Organization (WTO) to allow the US to impose $7.5 billion in punitive tariffs on imports from EU countries.
The announcement wraps up a 15-year dispute between the world’s two largest free markets over illegal European aid to aircraft manufacturer Airbus, which the US said had significantly damaged the Boeing company.
“Finally, after fifteen years of litigation, the WTO has confirmed that the United States is entitled to impose countermeasures in response to the EU’s illegal subsidies,” US Trade Representative Robert Lighthizer said in a statement.
“We expect to enter into negotiations with the European Union aimed at resolving this issue in a way that will benefit American workers,” Lighthizer added.
Officials from the US have not yet decided on a final list of goods which will likely face a 100 percent tariff. Once US officials decide which goods will be on the list, it then must be  re-submitted to the WTO for final approval before any tariffs can be implemented.
Olive oil producers, importers and exporters on both sides of the Atlantic have warned that the imposition of tariffs would hurt farmers, raise prices in America and be difficult to reverse.
Speaking recently to the Greek Reporter on behalf of the Greek Association of Industries and Processors of Olive Oil (SEVITEL), Grigoris Antoniadis said ”if implemented, the tariffs for the olive oil sector will be devastating, because during the last ten years of the crisis in Greece, the whole sector has been putting all its effort, attention and money behind the export of the product.”
The Greek olives and olive oil which are included on the possible tariff list have a total export value of 90 million US dollars, based on US International Trade Commission statistics.
The North American Olive Oil Association (NAOOA) is petitioning the United States Trade Representative (USTR) to remove olive oil from the proposed list of products subject to retaliatory tariffs.
It maintains that because US domestic production cannot meet consumer demand for olive oil — an essential, healthy product — without European imports, imposing tariffs would be tantamount to a tax on the health of American consumers.
Related: Greek Olive Oil Exporters Alarmed Over Proposed US Tariffs